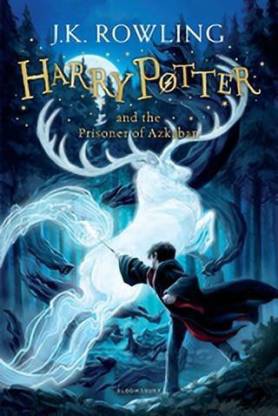 Follow Harry Potter’s adventures as he enters his third year at Hogwarts. In the previous two books, he had narrowly escaped death at Voldermort’s hands by defeating him twice. However, this time he faces danger again as a notorious mass murderer, who had escaped from Azkaban, is after his life. He also accidentally blows his aunt up, leaving him on the verge of expulsion from the place he calls home. Can he get his act together and save himself from this double trouble? Or will he be unlucky this time? Read Harry Potter and the Prisoner of Azkaban and embark on this thrilling magical journey with Harry.

Joanne Kathleen Rowling needs no introduction for the Harry Potter fans. She famously wrote her first book Harry Potter and the Sorcerer's Stone during her train journey from Manchester to London King’s Cross which was later published by Bloomsbury Publications in 1997. She went on to write The Chamber of Secrets, The Prisoner of Azkaban, The Goblet of Fire, The Order of the Phoenix, The Half-Blood Prince and The Deathly Hallows which were later adapted into films. Apart from the Harry Potter series, she has also written The Casual Vacancy. She is currently writing crime novels under the pseudonym Robert Galbraith. She has won several awards for her works that include Booksellers Association Author of the Year; Children’s Book of the Year, British Book Awards; Order of British Empire(2001); Chevalier de la Legion d’Honneur: France and many more. 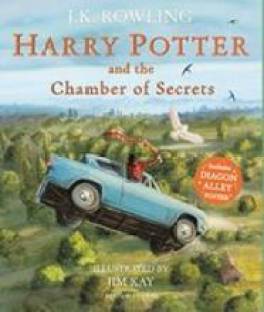 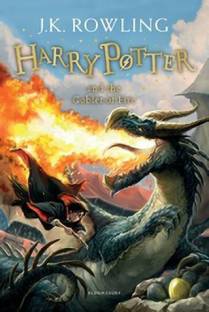 must buy the book is really superb when I got it it was in a very good condition. the book has a good stories and adventures of harry✌
READ MORE

Wonderful illustration... reading this book again with the fabulous artwork has retrospected those beautiful childhood days....Thanks to Jim Kay for this beautiful artistry....
READ MORE

Very nice book..
💛It was wrapped in a plastic wrapper. It kept my book neat and fresh.
💛Arrived in a good carton box. Nice packaging.
💛Original book ❣️❣️All pages are there. No pages are missing.


🧡I can't say about J. K Rowling ma'am's literary work because she is an awesome writer. 💯💯💯.
🧡It is easy to read.
🧡The cover page is awesome. It's very colourful. The cover page is illustrated by Jonny Duddle.
🧡I'm planning to buy the whole Harry Potter series.

You all know that books such as Harry Potter need know introduction this book was as good as how I hope the next. Fantastic favorite and fabulous. My favorite book for ever
.
READ MORE

I am extremely glad that I am able to order on Flipkart over and over again as it gives the fastest and most accurate service. If I would have ordered the book from some other website the book would definitely have been torn and misprinted. But this book, when it came from Flipkart, was in its best possible condition. I am very thankful to Flipkart. Moreover, the service is also very fast. The order-tracker said that the book would come in five days. But to my great surprise, it came in just ...
READ MORE

Faster delivery than expected. I am loving the book. Just awesome as other books in the series. Loved Harry Potter in the book.
READ MORE

Lumos! Another wonderful year at Hogwarts. This book is a wonderful delight. Follow Harry, Ron and Hermione as they turn time and save innocent lives in an amazing adventure. The package was also nicely packed and I also received a bookmark. Thank you Flipkart!
READ MORE

Jim Kay's new illustrated edition is fabulous and thanks to J K Rowing for providing us us with such a wonderful story of Harry's third adventure at Hogwarts thanks
to True com retailer for delivering the perfect book in less time and nicely.
READ MORE