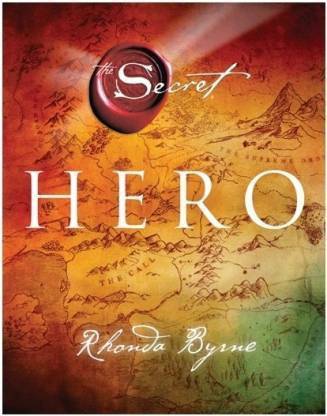 Hero is the compendium of wisdom from twelve men and women who have wrought success into their lives. Their lives were plagued with hardships but they survived and thrived through them all. Everyone has a hero inside, waiting to be awoken. Rhonda Byrne reinforces her beliefs in this book, that inspiration is all around us, that happiness and courage are the greatest strengths by which one can make their lives heroic.

Rhonda Byrne is an Australian television writer and producer. Her best-selling books: Secret, The Power and The Magic catapulted her to fame and fortune.

She has since appeared on the Oprah Winfrey Show and was named one of the 100 most influential people in 2007 by Time Magazine. 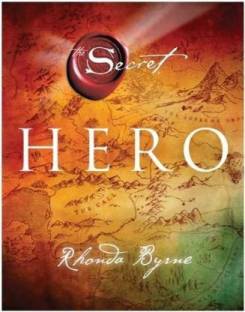 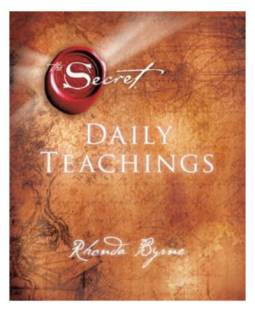 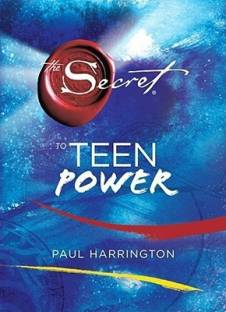 A tribute to real life heroes!

I discovered 'THE SECRET' a few months back that eventually led me to the titles-'THE POWER' & 'THE MAGIC' & now to Rhonda Byrne's recent 'THE HERO'.

While first three of her titles speak of The Universal Law or the Law of Attraction & how to make it as a way of life; THE HERO is different from her previous work that unveils the journey of 12 great people from various parts of the world who are living the lives one could have ever dreamed of.

Very inspirational read & worth each penny but ...
READ MORE

ONE OF THE BEST BOOKS. GOOD TO LEARN FROM GMR COMPANY CHAIRMAN Grandhi Mallikarjuna Rao. AN INDIAN (TOP 13TH RICHEST PERSON IN INDIA) WHO HAS SHARED HIS SUCCESS PRINCIPLES IN THE BOOK. VERY VERY INSPIRING. I HAVE PERSONALLY SEEN/MET THE PEOPLE WHOM HE HAS IMPACTED. LEARNING FROM HIM HIS A TRUE BLESSING.
READ MORE

I must congratulate the author for collecting so many stories on People (read Hero) who succeeded despite all odds.

A good and handy read for entrepreneurs, Trainers, motivators, and self help junkies.

And most importantly, those who belief in The Secrets, they will find enough 'masala' in this book to reinforce their beliefs.
READ MORE

This is a good book. Everyone should read it. Whenever I started reading this book i feel too good and motivated also. you have to read this book sure. amazing.....
READ MORE

Not quite Rhonda Byrne

I bought this book because I buy all Rhonda Byrne written books ( OCD alert). This is not a self help book, more like little bits of advise and quotes. The book resonates the ideology of The Secret, The Magic and The Power but unlike those books there are no "action items". The book brings it all together in a prosaic form, punctuated by affirmations.

I will NOT talk about ROI's, thats not what this book is about - we just hear Rhonda and all The Secret Team talk about there expe...
READ MORE

If you have not read others books like secrets, power, magic than you will like it but i have full collection of this series and hero fails to stand on it's ground. The filpkart delivered it on collect time and in great condition so you can order it from this site. I order it to add in my collection otherwise this book don't belong to my library as it fails to stand on it's ground. So instead of buying it - buy secrets or power as they are better than this book.
READ MORE

This book has a lot of interesting pictures and is attractive but is an overall repetition of The Secret, The Magic and The Power combined. Read it if you must but there's not much that's new here.
It mostly focuses on what you want to do in life. Career wise.
READ MORE

This latest add to the "The Secret" series by Rhonda Byrne offers a much insightful approach on the journey that one takes from finding to realising your dream. It unfolds itself in a series of steps which makes you realize your ultimate bliss and gives clarity in your vision. Rhonda along with the contributiors share their experiences, hurdles, blocks and their moment of bliss. When one starts follwing their passions challenges come wearing different cloaks, Rhonda has tried to illustrate ...
READ MORE

quite an inspirational read for anyone having big goals and dreams ...this book inspired me to keep believing in my dream and keep taking action towards it.Each one of us is a potential hero and can begin the hero's journey at any time and age
.thanks flipkart for prompt delivery as usual.
READ MORE

After a good book like Secret and Power, this was really a let down. I did not like the book. The writing style with all jumbled stories will take you nowhere.
READ MORE