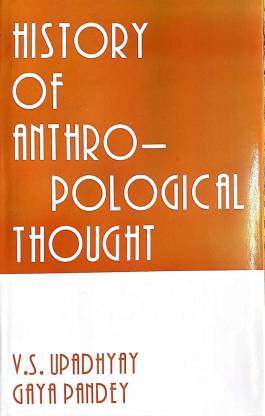 THE THOUGHT of any subject is the mother of all concepts. Its history deals with theories developed and contributions made by various schools of anthropological thinkers, who belong to various . Although the study of man, his society and culture has been interesting area of research right from the period of Greek travelers, but establishment of evolution-are theory of culture during 19th Century A.D. is regarded as theoretical beginning of the subject of anthropology. As soon as evolutionary school was established many schools of anthropological thought came into existence which began to claim an anti-evolutionary approach. These schools were diffusional, functional structural, cultural and personality, and civilizational and complex culture study. Around middle of 20th century, a movement arose among anthropologists to re-shape anthropological theories. As a result of which neo-anthropological school came into existence under every conceptual frame work, Thus, the book attempts to describe the basic postulates, methodology, general contributions merits and criticism of each school of anthropological theories. Within each school critical contribution of each sub-school and individual thinkers has been presented systematically. Field-work tradition in anthropology and contribution of eminent Indian anthropologists have also been explained with a view to fulfil the need of teachers, students and researchers.

Surveying a huge amount of literature, attempts have been made to reproduce the subject-matter in an integrated manner so that readers problem of going through different books for the same paper could be solved. The book has been written keeping in view the syllabus of postgraduate study, U.G.C. National Research Fellowship Lecturer ship test and administrative service examination.

About the Author
Vijay S. Upadhyay, Ph. D., is Reader, Department of Anthropology, Ranchi University and has collaborated closely with Prof. Vidyarthi in more than one of his publications. He has done considerable field work among tribals in Bihar. His other area of interest is in the Sacred Cities of India. 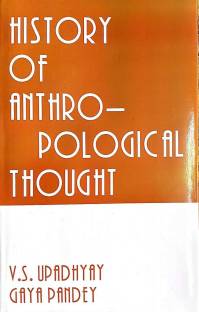 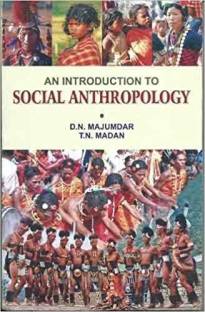 price is high.. Everything else is good
READ MORE