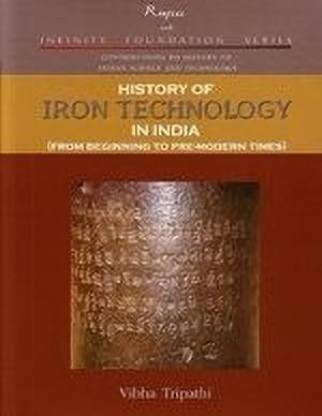 Presenting a comprehensive history of iron technology in India, this book covers the developments of three-and-a-half millennia, tracing the humble beginnings of iron technology in the chalcolithic age, through the technological revolution in the early centuries of the Common Era. Along the way, it examines the art that emerged from Indian expertise with iron, such as the colossal structures of the iron pillar of Delhi and the finely crafted swords and daggers used by India’s nobility. It demonstrates how the traditional iron industry declined during the era of the Raj, incorporating a first-hand study of traditional iron-workers, the legacy of a glorious past, who are left with an uncertain future.

Iron Technology and Its Legacy in India holistically combines archaeological, literary, metallurgical and ethnographic data to give the reader a glimpse into the long history of evolution and decay of iron technology in India. Containing original material collected by the author over decades, the book is a vital read for all those interested in the unique history of Indian metallurgy.

Science and technology have always been an important part of India’s story, as the substratum of its civilization’s rationality and secular progress, the basic for pre-colonial Indian Ocean global trade, the foundation for building India’s future knowledge society, and a key element in projecting Brand India. This volume is part of a multi-volume series on the subject.

About the Author
Professor Vibha Tripathi was educated at the University of Allahabad and was awarded her doctorate from BHU. She is the head of the Department of Ancient History, Culture and Archeology at Banaras Hindu University. During the last two decades, she has specialized in both the archeology and technology of the iron age. Though not a professional metallurgist, she has made a close, specialized study of the metallurgy of iron. She has also contributed to the field of geo-morphology, the palaeo-environment, settlement systems and the terracotta art of the Indus Valley Civilization. She has excavated several archaeological sites and has published her numerous research papers in national and international journals.  An expert on tribal iron technology, she is an advocate of its revival in order to provide employment as well as preserve India’s technological heritage.

Her major books include The Painted Grey Ware: An Iron Age Culture, Indus Terracotta s, Archaeo-Metallurgy in India, and The Age of Iron in South Asia.