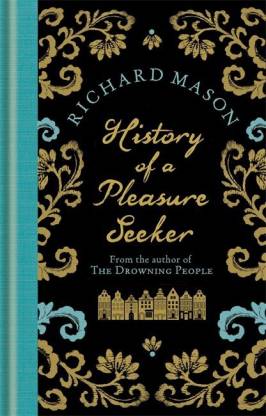 'The adventures of adolescence had taught Piet Barol that he was extremely attractive to most women and to many men. He was old enough to be pragmatic about this advantage...'

It is 1907. The belle époque is in full swing. Piet Barol has escaped the drabness of the provinces for the grandest mansion in Amsterdam. As tutor to the son of Europe's wealthiest hotelier, he learns the intimate secrets of this glittering family - and changes it forever. With nothing but his exquisite looks and wit to rely on, he is determined to make a fortune of his own. But in the heady exhilaration of this new world, amid delights and temptations he has only dreamed of, Piet discovers that some of the liaisons he has cultivated are dangerous indeed.

About the Author
Richard Mason was born in South Africa in 1978 to activist parents who settled in England when he was ten. Brought up and educated in Britain he wrote his first novel, The Drowning People, before going to Oxford. In the intervening years, Richard finished his degree, then set up an educational charity in memory of his sister Kay. The Kay Mason Foundation provides scholarships to disadvantaged South African children, paying for them to attend some of the country's best schools.