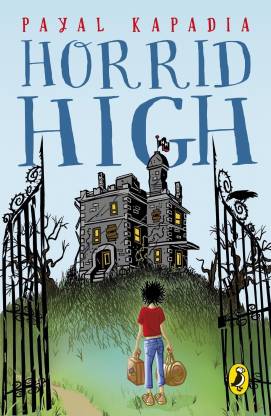 Be good boys and girls or Horrid High is where you’ll go! Just like Ferg Gottin does in this children’s book by Payal Kapadia.

Ferg Gottin’s parents wish they could have returned him to a store, which would have been possible if they had gotten him from one in the first place! Instead, they settle for an alternate plan: sending him to a horrible school. Now Ferg has to brave Chef Gretta’s cooking, the painful gym class with the cruel Coach Kallus, and the psychotic mathematics lessons from Master Mynus. To top it all off, Ferg and his friends are sure that Principal Perverse is up to no good! Can they put a cork in his plans?

Payal Kapadia is an Indian writer known for her children’s books. She has also written Puffin Lives: B. R. Ambedkar, Saviour of the Masses, Wisha Wozzariter and Untold Tales from The Jungle Book: Col Hathi Loses his Brigade. 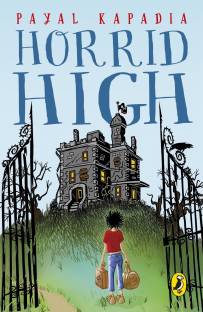 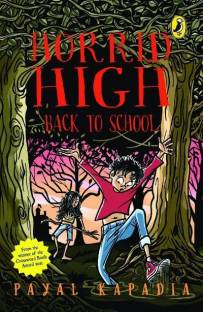 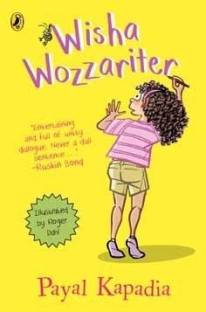 A Must Read for Children!

Horrid High undoubtedly makes a direct connection with its young audience. I recommend this book to all the parents who want their child to start reading. I am sure it’s a book that will not let its readers down. It will surely weave magic among kid’s creative thoughts.
I say, open your mind to this read. Happy Horrid High!
READ MORE

If you haven't read it, it is your loss!

'Horrid High' is a juicy paper back that has been written with such prowess and expertise for it allows you to feast on a banquet of conceptual excellence that one can only savour delightfully and I assure you, you won't burp for you will still be craving for more, despite a good fill.

Payal has succeeded in effectively conveying the 'horrid' in order to bring out the innate evil that every human being sadistically possesses but often suppresses. By exaggerating it, she strikes a sympatheti...
READ MORE

GET A COPY NOW!!! BEST FOR CHILDREN

This book was just a random pick so I was a little skeptical about it but........
The moment I start reading the book i couldnt let it down.....

We at JBCN International School , Oshiwara were taken to a world of Vera Verbose, Little Ferg, Phil Fingersmith and Chef Greta among others. From forbidden chocolate, to hypnosis, from Principal Perverse's suggestion of a 'hideous celebration, and the 'Grand Plan' to the horrid teachers running helter-skelter when they were asked not to move to the final revelation. We were mesmerised. Payal has touched a cord in each of our hearts and her characters have come alive for us. With an intriguing...
READ MORE