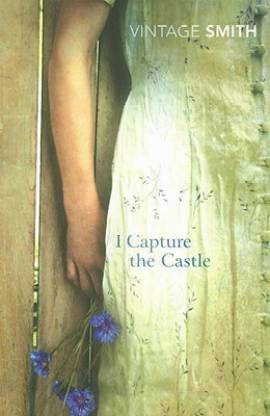 I Capture The Castle is a novel that is based on the love story of two young girls, who fall in love with Neil and Simon, their American neighbors.

I Capture The Castle revolves around the Mortmain family, who live in a dilapidated English castle. The first person narrator of this novel is Cassandra Mortmain, whose father spends his time writing, but hasn’t published any since his debut novel, which went down well with the readers. The members of their family include Topaz, who is Mr. Mortmain’s second wife, Rose, his older daughter, and Cassandra. Mr. Mortmain decided to pursue writing novels by staying in the secluded castle, in an attempt to draw on some inspiration there. However, things weren’t going too well for the family as they had to start selling off their furniture to purchase food.

Topaz likes to spend time enjoying nature, and her daughter, Rose, spends her time fretting in the castle, as she wants to meet some eligible young men, who are preferably rich. Cassandra, the narrator, spends her time perfecting her literary skills by penning down every event in her journal. One day, a rich American family, the Cottons, shift nearby Scoatney Hall, becoming the new landlords of the Mortmain family.

Cassandra and Rose soon become aware of the Cottons’ two unmarried sons, Neil and Simon. Both brothers have different personalities, with Neil being a carefree young lad whose desire is to become a rancher, and Simon, who is highly-intellectual and wealthy. On meeting the young men, Rose openly attempts to flirt with Simon, resulting in a misunderstanding between the two families. However, they make up after an incident involving a fur coat, and the two families become good friends.

Simon and Rose fall in love with each other, and Simon proposes to her as well, after which Topaz, Cassandra, and Mrs. Cotton travel to London for wedding preparations. However, one evening, when nobody is around, Cassandra and Simon spend time with each other. What happens between them? What are Rose and Neil feeling? This book answers these questions and more.

This book has also been adapted into a movie by the same name, I Capture The Castle. It was directed by Tim Fywell, and released in 2003.

Dodie Smith was an author and playwright.

Apart from this book, Smith has written The Hundred And One Dalmatians, The New Moon With The Old, The Girl From The Candle-lit Bath, and It Ends With Revelations.

Dorothy Gladys “Dodie” Smith was born on 3rd May, 1896, in Whitefield, Lancashire, England. Smith wrote her first play when she was 10 years old, and began her acting career at the Manchester Athenaeum Dramatic Society, in her teens. She studied at St. Paul’s Girls’ School. She often wrote under pen names such as Charles Henry Percy and C. L. Anthony. She was married to Alec Macbeth Beesley. Smith was best known for her book, The Hundred And One Dalmatians, which was adapted into a movie by Disney. She passed away on the 24th of November, 1990.

I absolutely adore the narrator, the writing style is so swift you fly through the book. Not to mention with a smile on your face. Definitely worth your time
READ MORE