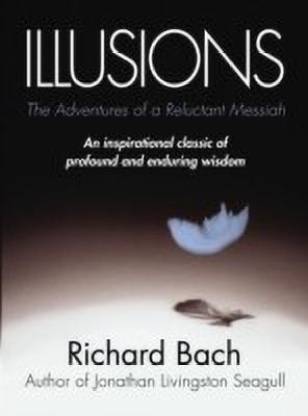 Illusions presents the author’s philosophy that reality is merely an illusion created by people, an illusion that can be transcended to set their souls free in unimaginable ways.

The book, a follow-up to the author’s internationally best-selling novella Jonathan Livingston Seagull, presents the illuminating adventures and discoveries of the author in the midst of a regular barnstorming experience.

Richard Bach is a barnstorming pilot and a disillusioned writer. Sitting in his beloved biplane, he is out doing what he loves best - barnstorming. In the most unexpected of places, somewhere between the blue skies and rich cornfields of Illinois, he meets a messiah, of all people. The messiah turns out to be a fellow barnstormer and a former mechanic named Donald “Don” Shimoda.

That chance encounter sets the tone for an out-of-the-ordinary teacher-student relationship between Don and Richard. Don reveals that he quit his job of being a messiah after coming to the conclusion that miracles appeal more to people than the message they carry.

Over the time the duo spends together, Don imparts his tremendous knowledge to Bach, busting the latter’s preconceived notions of reality, and even teaching him to perform miracles on his own. As Richard’s imagination soars under Don’s teaching, he discovers two eternal, undeniable truths - people’s souls don’t require airplanes to soar, and the real messiahs might be inside them after all.

The book was first published in 1977. It went on to receive positive reviews for the depth of its content and Bach’s distinctive style of writing. This edition is a 2001 reprint by Arrow.

Richard Bach is an American writer, best-known for his novella Jonathan Livingston Seagull.

Some of his other books include Hypnotizing Maria, Messiah's Handbook: Reminders for the Advanced Soul, There's No Such Place As Far Away, Illusions: The Adventures of a Reluctant Messiah, Out of My Mind, and The Bridge Across Forever: A Love Story.

His writing, both fictional and non-fictional, revolves around topics such as aviation, philosophy, and fantasy. It is often semi-autobiographical and particularly promotes his belief that mortality and physical limits are mere appearances.

Bach was born on June 23, 1936 in Oak Park, Illinois, United States. He attended the Long Beach State College. After serving as a pilot for the New Jersey Air National Guard, he worked as an editor and a technical writer. His fascination with aviation saw him eventually become a barnstormer. Bach has been married thrice. In August 2012, he was in a landing accident in Washington which resulted in a head injury, a broken shoulder, and speech problems. As of October 2012, he has been recuperating in the hospital. 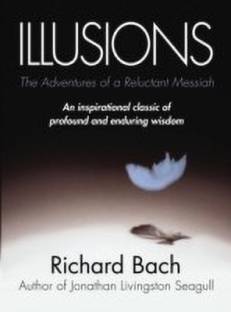 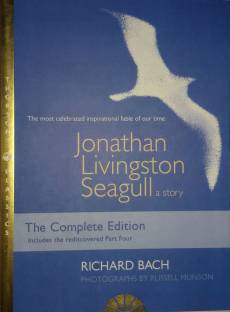 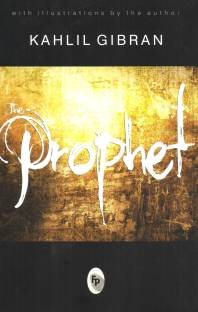 'Illusions: The Adventures Of A Reluctant Messiah' by Richard Bach is a beautifully written book. It can uplift you spiritually and transform your perspective towards life... For those fortunate ones who are aware of being guided by the Spiritual Masters, the Messiah in the story need not feel like a fictional character...
READ MORE

Completed the book yesterday night in one go. Simply awesome book it is. I am really feeling super charged and so happy after reading the book. It is life changing experience. I feel I will have to read this again and again as I feel I will be better understanding life reading it every time.
READ MORE

"Argue for your limitations, and sure enough they're yours". - Illsions.

Dear Student (sic), this books has to be read slowly line by line and ruminated upon. And also it would help if you had couple serious blows in your life to understand the depth. Dont give up though.

THis was the first book that changed my life!!!
READ MORE

i cud not undertand this book

i purchased this book and have read it 2 times but i could not understand what it is about.many people have liked this book but truly speaking i hav read it and can't even till 'A' of it. so please if anyone has read it.then iam the first one to explain it to me.
READ MORE

One of the worst product... Don't buy this one
READ MORE

easily one of the best
READ MORE