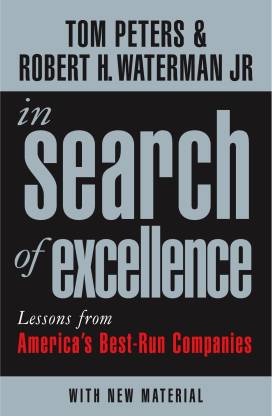 In Search Of Excellence: Lessons From America’s Best-Run Companies is based on a comprehensive study of forty three best-run American companies. It describes some of the best practices adopted by these companies, that have made them highly successful.

In Search Of Excellence: Lessons From America’s Best-Run Companies presents to the readers some of the people-oriented, action-stimulating and profit-maximizing measures that can be adopted by an organization with successful results, in a very practical and accessible manner. It is an in-depth study about the art and science of management, employed by some of America’s leading companies in the 1980s, that boast of high profitability and tremendous innovation. In this book, the authors detail eight themes that are common to the organizations that were chosen for the study, and which have contributed to their exponential growth.

A chapter each has been dedicated to the themes, which range from quick decision making to ensuring that the organization runs with minimal staff. The other themes discussed across the book are learning from customers, fostering an environment that encourages entrepreneurship and innovation, a committed management, treating employees as a source of quality, autonomy in shop-floor activities combined with centralized values, and making sure that a company sticks to a business that it best knows. A few of the companies talked about include IBM, McDonald’s, Boeing, Johnson & Johnson, Hewlett-Packard and Texas Instruments.

In Search Of Excellence: Lessons From America’s Best-Run Companies was named by Bloomsbury, UK, as the “Greatest Business Book of All Time". It sold 3 million copies in its first 4 years after it was published in 1982, and was the most widely held library book in America between 1989 and 2006. A Forbes 500 panel of experts had voted it as the most influential business title in the last 20 years.

Tom Peters is a well known writer, best known for his works on business management practices.

He is also the author of Thriving On Chaos, The Tom Peters Seminar: Crazy Times Call For Crazy Organizations, The Pursuit Of WOW!, Design and The Little Big Things: 163 Ways To Pursue Excellence.

Peters was born on November 7, 1942, in Baltimore, Maryland. He studied at Cornell University, from where he received a Bachelor’s and Master’s degree in Civil Engineering. He then went onto earn an MBA and Ph.D. from Stanford Business School. In his past, he has served the United States Navy and The Pentagon. He also worked in the White House as a senior drug-abuse advisor. He currently lives with his wife in West Tinmouth, Vermont.

Robert H. Waterman is an author, speaker and a business management practices expert.

A few other books by him are Adhocracy: The Power To Change, The Renewal Factor and What America Does Right.

Waterman is a holder of an MBA degree from Stanford University, and has also earned a geophysics degree from the Colorado School of Mines. He spent 21 years of his career at McKinsey & Company. At present, he directs his own company, The Waterman Group Inc., and also serves on the boards of Scleroderma Research Foundation, the AES Corporation, the World Wildlife Fund and ASK Group. 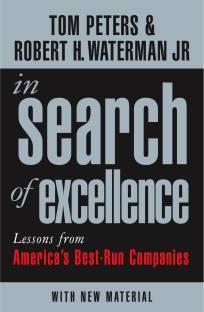 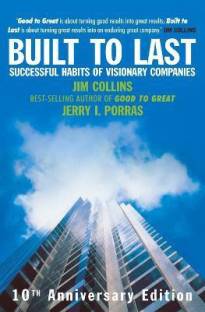 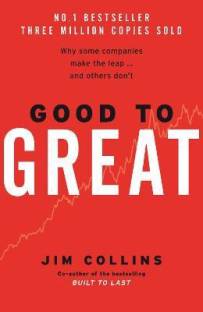 One of the all-time great business books. It reads like a prequel to Jim Collins Good to Great and Built to Last. Has wonderful insights for business leaders and managers.
READ MORE