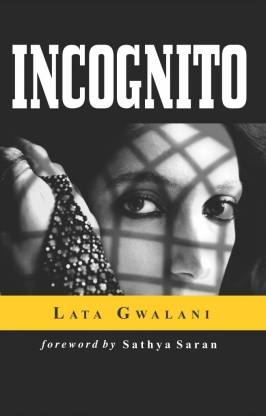 Description
Anjali\'s plain and staid life suddenly turns into a whirlpool when she befriends four very different individuals, leading distinct lifestyles. Slowly and steadily, they entrap Anjali into their lives. Anjali becomes the nucleus of their existence. She witnesses their lives from the ringside, and draws vicarious pleasure in their passionate love affairs. Then Anjali inadvertently becomes a mute witness to their plotting of four bizarre murders. Will Anjali be able to extricate herself from the tentacles of her four friends, or is the fabric of their relationship so intricately woven, that Anjali can only be drawn deeper into the sinister labyrinth? Incognito is a compelling psychological thriller; this hair-raising tale will keep you hooked from start to finish.

About the Author
Lata Gwalani who was born in Pondicherry, grew up partly in Delhi and in Zambia. She returned to India to S.I.E.S. College, Mumbai, where she obtained her undergraduate degree and went on to specialise in Mass Communication and Journalism in Pune. She has been in a steady relationship with the French language, beginning with her Birth Certificate, through her stay in Africa and well up to the time she visited Paris last year.After almost a decade of active journalism with leading publications, she discovered her passion in the depths of the human mind and psyche. Now, a Neuro Linguistic Programming (NLP) practitioner and an EI specialist, she runs Human Impact Training and Consulting Pvt. Ltd, a company that specialises in behavioural training. She is also trained in Rational Emotive Behaviour Therapy (REBT). She lives in Mumbai with her four-member family — husband, son, mother-in-law and her four-legged daughter, Sera, a German Shepherd.When not conducting training workshops, she writes articles for numerous publications, runs half marathons and has successfully got three marathons under her soles. She speaks at numerous clubs and associations, does bharat natyam, and has an insatiable appetite for books. Incognito is her first novel.
Read More
Specifications
Book Details
Contributors
Frequently Bought Together 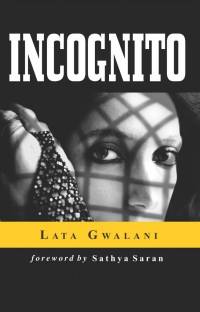 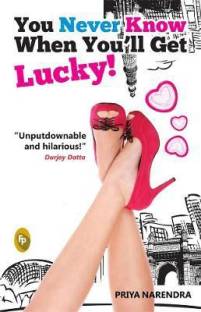 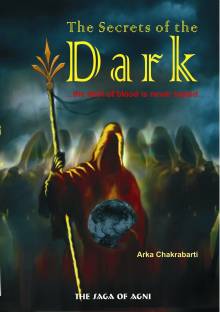 I am highly impressed by Mrs Lata Gwalani's form of writing. I dare say i liked her more than Mr Chetan Bhagat. Given she is my second Indian author whose book i have read after Mr Bhagat's Five point someone. Her style of writing appealed to me. She has a way with words which helps the reader to reach the point.
As her first i must say it was a job well done. but being an avid reader I must say there is a lot of work which needs to be done and she still has a far way to go to reach the bests...
READ MORE

Incognito is a very well written book. Desi ethnicity with a lovely flavor of Mills and Boon. Though one cannot relate oneself to the featured character of the book, apprehension keeps you going till the end. A bit of redundancy in each story, but I think it was much needed. Probably necessary to weave the psychological mindset of the character. Frankly ,a bit of deflation as the mystery unfolds into nothing very intriguing. But all said and done, a very good book, simple crisp language, and ...
READ MORE

Good i brought this book...thoroughly enjoyed reading it...great characters..well spun story..totally linking the protagonist with her inner side. Started reading it..couldnt keep it down...when i finished i was convinced that i had made a good choice in ordering this book...a good one to sum it up and eager to read more from Lata mam...congratulations!!!
READ MORE

Great pace to the book - could not put it down

I picked up Incognito on a whim as I liked its title. The book was a surprise find. Loved the pace and twist and turns it took me through.
I especially enjoyed the short story like feel to it. Indian authors have come of age and writing beyond Indianness. This book though does not lose its Indianess will appeal to an international reader
The book is fluidly written and an easy read. A keeper.
READ MORE

Although the mind starts guessing what the surprise element could be, one gets completely engrossed in the portrayal of the places, and the lives of the people... and then looks forward to get that stunning experience and I must say... the end comes out to be a stirring surprise!

I have visited some places the protagonists take you to, but they never seemed so fascinating and exciting at that time. That's the power of words and skill of expression...!
READ MORE

Lata succeeds in succeeds in providing the right mix of emotions & romance to make it a great read. I just loved the last sentence of each chapter:
Hence I decided to Kill….
I am not a book reader at all. But I completed INCOGNITO at one go..
Very good work by the author. Waiting for her future release..

Well Done! It was really good reading INCOGNITO. For me, it was like watching a movie. So touched with the characters. I felt, as if I was with them throughout. The book takes you to different places with those characters. I should say the words had that passion, the touch, which triggers through your veins. Very Well written. I am a kind of person who is not passionate about reading books. But INCOGNITO was totally different, eagerly waiting to know what’s next, kept me to read on and on. T...
READ MORE

Reading Incognito by Lata Gwalani was an adventure. An adventure that translated instantly into an experience that was birthed from the very distinct, yet parallel lives lead by the four protagonists – Shailee, Anuradha, Rachana and Shakti. The lives that were entwined with that of Anjali, their porte-parole.

The incipit plunges right into the heart of the plot. A confession. A confession that made me want to discover and explore Anjali. That character did not stop to intrigue throughout the...
READ MORE

Different and interesting as well !

I have never ever heard of or never even read anything like what has been written in this book. I couldn't take my eyes off even once. Thoroughly enjoyed reading it. The life of the characters was presented quite differently. After reading every page I was eager to know more and more about the story. The end was surprising . The book has a really great story that people should surely know. Congratulations! :)
READ MORE

Incognito kept me arrested for 3-4 hrs!I travelled to Venice,Pondicherry and Dehradun with the main characters.Even though I have read many such similar stories on psychological thrillers,Iam impressed with the author on her maiden attempt.
Looking forward to read more books from Lata Gwalani
READ MORE