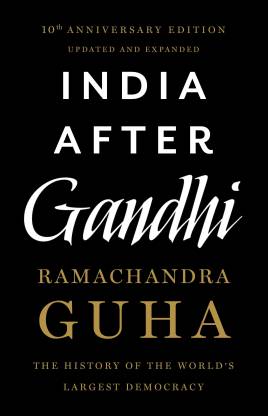 Description
"Book of the Year - The Economist, Wall Street Journal, Washington Post, San Francisco Chronicle, Time Out and Outlook Winner of the Sahitya Akademi Award Ramachandra Guha’s India after Gandhi is a magisterial account of the pains, struggles, humiliations and glories of the world’s largest and least likely democracy. A riveting chronicle of the often brutal conflicts that have rocked a giant nation, and of the extraordinary individuals and institutions who held it together, it established itself as a classic when it was first published in 2007. In the last decade, India has witnessed, among other things, two general elections; the fall of the Congress and the rise of Narendra Modi; a major anti-corruption movement; more violence against women, Dalits, and religious minorities; a wave of prosperity for some but the persistence of poverty for others; comparative peace in Nagaland but greater discontent in Kashmir than ever before. This tenth anniversary edition, revised and expanded, brings the narrative up to the present. Published to coincide with seventy years of the country’s independence, this definitive history of modern India is the work of one of the world’s finest scholars at the height of his powers."
Read More
Specifications
Book Details
Contributors
Additional Features
Dimensions
Ratings & Reviews
4.6
★
6,582 Ratings &
598 Reviews
Easy to Read
Recommended
Page Quality
Purpose
+ 43
5

Got it in just Rs.152/- Delivery was late because of huge orders during the big billion days period. Anyway, the delivery was smooth. Now coming to the main issue. The book is good no doubt. It is helpful for knowing our country's past. Also it is much helpful for writing answers in the exam (university exams or upsc). But it is a biased book, the author (I will not use the term 'historian' as there is no objectivity/unbiasness in his writing) shows his personal hate against the BJP & some Hi...
READ MORE

About Flipkart, awesome quick packaging and delivery and a great deal.
About the book, it is extremely well documented, which was great. However, the author seems to be in love with the Nehru-Gandhi family and thinks that the sun shone out of every orifice of the family, which sometimes looks like a propaganda machine. Also, it calls all other political and social entities opposed to Congress as communal.
A decent read if you learn to pick out facts only, not the interpretations he provides.
READ MORE