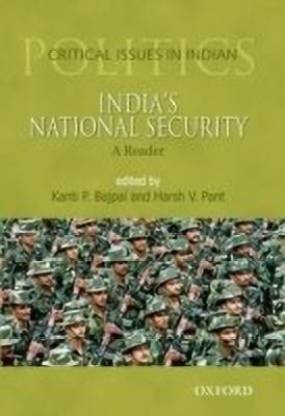 India’s National Security: A Reader is an excellent book that deals with certain critical issues in Indian national security in a very clear and concise manner.

India’s National Security: A Reader is one among the many others in the series that addresses certain critical matters in Indian politics. Essentially, the book comprises of papers on some important security challenges that India, as a nation, faces today. While discussing this subject, the book takes a long and deep look at the problems of insurgency, terrorism, nuclear issues, defence programs and strategic stability that plague the country.

India’s National Security: A Reader analyses the above mentioned issues under four sections. Together, these sections delve deep into the internal security measures taken by India. A few topics that have gained special emphasis in the book include terrorism and insurgency, domestic dangers and how India has responded to them, the country’s nuclear history and its relationships with neighboring countries. The book ends with an exhaustive discussion on the reforms needed in the defense measures of the country, a topic that is often neglected.

Published in 2013 by Oxford University Press, India’s National Security: A Reader, which has been edited by Kanti P. Bajpai and Harsh V. Pant and contributed to by several eminent people such as KPS Gill, Rajesh Rajagopalan, Sumit Ganguly, Ajay Sahni, Bethany Lacina, Bharat Karnad, Walter C. Ladwig III, George Perkovich and others, covers various issues related to national security in a very comprehensive, clear and concise manner. This makes the book an ideal read for a plethora people such as students, scholars, diplomats, experts in strategic affairs, journalists and policymakers.

Kanti P. Bajpai is an academic-analyst and ex-headmaster from India.

Bajpai hails from a family of eminent diplomats. Currently, he is the Vice-Dean of Research at the Lee Kuan Yew School of Public Policy and a Professor at the National University of Singapore. A recipient of the K. Subrahmanyam Award, Bajpai is also a renowned analyst on international affairs on Indian television.

Harsh V. Pant is a writer, teacher and a researcher.

At present, Pant is a teacher in the Department of Defence Studies at King’s College London. He is also an Associate with the King’s Centre of Science and Security Studies and a Visiting Professor at the Indian Institute of Management, Bangalore. 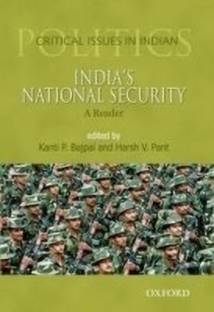 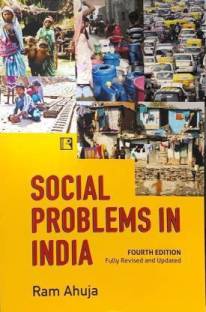 This book serves a good purpose for the said IAS Mains GS Paper on Internal Security. I came across this book after my friend told me about it. It is a decently good book to study on the subject matter. It highlights the genealogical development of india's security culture. The book delineate the timeline origin, development, and cure of india's national security concerns and methodology adopted by different governments at the centre. I found the book really impressive and insightful.