Khushwant Singh wrote in the preface to the hardbound edition published in 1990 (Under the Shadow of Bayonets and Bars: An Indian Spy in Pakistan), of this true account of Mohanlal Bhaskar’s mission to find out about Pakistan’s nuclear plans:

‘He was betrayed by one of his colleagues, presumbly a double agent, and had to face the music on his own. The interrogation, which was done by the army and police, included torture of the worst kind imaginable. Many of his comrades went insane or ended their own lives. Large portions of his stories describe the methods used in gory and spine-chilling detail but there were also lighter moments with dacoits, prostitutes, pimps and dope smugglers in the same jails....

He witnessed history unfolding from Mianwali jail: ‘... when Sheikh Mujibur Rehman was brought there, and had his grave dug and then refilled when Bhutto released him to return in truimph to Bangladesh. From his cell he watched Indian bombers and fighters knock out Pakistan’s airforce from the skies...

The original account was serialised and published in Marathi and other Indian Languages.

About the Author
Born in 1942 at Abohar (Punjab), Mohanlal Bhaskar started his career as a labourer and then as a newspaper boy. He did his M.A. B.Ed., joined the teaching profession and became Vice-Principal of Teachers Training Institute, Government of Sikkim. For a brief period he was editor of Dharka (1961), sub-editor of Gandiv Hindi Daily (1962) and editor of The Presto in 1965-66.

Besides the autobiographical account of his undercover work in Pakistan, ’Main Pakistan Mein Bharat ka Jasoos tha’ reissued in English under the title, An Indian Spy In Pakistan, he has written more than two hundred articles which were published in Dharam Yug, Dinman, The Sunday and other renowned news and feature magazines.

He has won positions in state and National Science Fairs and has been broadcasting articles and ghazals from Jallandhar Radio Station since 1962.

He now lives in Ferozepur and runs a school. 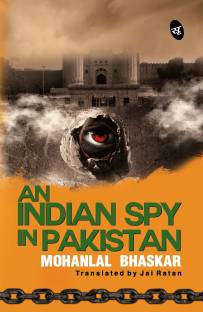 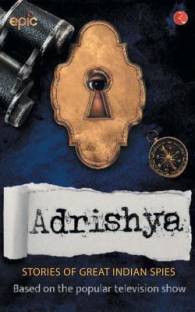 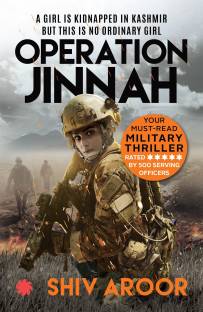 this is an awesome book .. it is great narration of events happens and things changes in Pakistan during 1967-72 .. how a Indian spy gone through hardshpis in Pakistani jail .. very close picture of Pakistan . Pakistani politics which only a citizen having intrest in politics could give .. i could have written a lot of things in favour of this book but i don't have that much words .. every one need to read this book .. it's some short of eye opener too
READ MORE

I have bought 2 copy of it having 117/- and 123/- Rs. The packing was good for the first time and superb for the second time I got it at hand. 1st Delivery was a bit lenthy but the 2nd time I ordered I got it the next day of ordering. Flipkart service is superb. Haven't yet completed reading.
READ MORE

well what to say about this real life master piece ..... it is one of the best books ever ... and that to it is a real lyf incident book .... a must read for all indians...
READ MORE

Really, a wonderful book .
So much thrilling ...
READ MORE

I have studied english translation of books written in hindi but i could not feel the emotion of writer. But this book perfectly match my expectation. Thanks to the writer Mohan lal bhaskar and translater jai ratan.
READ MORE

The book is a clear picture of the early years about an Indian prisoner who being a scapegoat just came out of the slaughter house without any injury.

Nice packing by flipkart. Amazing book. I would suggest to read a trial first. It's basically on the story after the author was caught by Pak army and an account of his returning to India. If you think this is on any secret operation, sorry my friend your thought is wrong.
READ MORE

A descent book putting apart a few grammer mistakes.will get an overview of pakistan in 1970s
READ MORE