When there exist a handful of individuals with extraordinary powers in the world, people would obviously hate and hunt them down. However, these individuals don’t exactly go down that easy. Infamous: Second Son is a single-player action-adventure game for the PS4 console that is set in Seattle, Washington, USA. Starting seven years after the events that happened at the end of Infamous 2 where Cole McGrath switched on the Ray Field Inhibitor to destroy John White, a Conduit (superhumans who can channel incredible powers). Though it was thought that all Conduits had been killed after the explosion, a few who were outside the blast radius and those with a natural resistance had survived. Fearing the abilities of the Conduits, the Department of Unified Protection (DUP) was established to monitor Conduit activity and to quell the bio-terrorists as the DUP call them.

In this game that has been given a rating of 18 by PEGI, the player controls Delsin Rowe, a 25-year-old graffiti artist who doesn’t have any real ambitions in life. After coming in contact with a Conduit when trying to help during a bus accident, Delsin’s dormant Conduit abilities were awakened. He now, with the help of his new skills and his elder brother (a police officer), aims to bring down the DUP and other Conduits.

Featuring an open world environment, the player can decide to move around and do as he or she pleases. Delsin holds a chain wrapped around his arm which is the primary melee weapon. The chain can be used in conjunction with some of his special abilities too. Parkour is still a central element in this game, hence you can jump up walls, automatically get a hold of ledges and thrust yourself upwards with your powers, and even dematerialize into a smog-like form to move around and become tangible again briefly after. You can also make use of some features that are exclusive to the DualShock 4 controller that enhance gameplay, such as the new built-in speaker and the Touchpad. Multiple power sets are available in this game, like smoke and neon; while the former makes the game more fast-paced, the latter makes it slower and is a more precise means of playing. While the smoke power lets you morph into a gaseous form so you can travel through air vents, the neon power lets you scale walls very quickly. 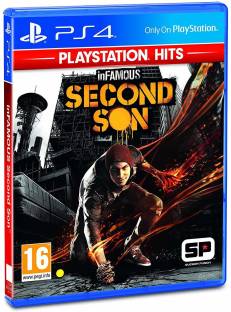 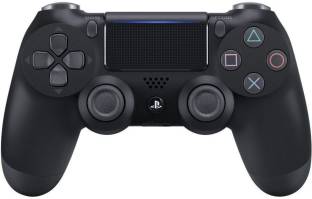 The best ps4 game out there.

This is the best ps4 game running at full 1080p, so u have a nice tv all the more better. The powers are freaking awesome and the graphics are stupendous. They have made extensive use of the touchpad and u can hear music, and sounds coming out of the controller. Delsin is a pretty cool character, but I think he talks a lot. Seattle looks amazing and If u have a large tv then all the much better.
The plot is nice, and it leads to a satisfying conclusion. The bad karma and good karma ar...
READ MORE

Man, what a game! Awesome graphics, great game play. Effects are cool. Must have for PS4 owners. I already completed the game and yes you can get numerous trophies from this game. We can play in two ways : 1. Good and 2. Evil. Super hero powers are just super cool. Just go for it!
READ MORE

Infamous SS is the game any ps4 owner should buy right now. It's easily the best ps4 game ( not counting tomb raider definitive edition). Infamous SS is a sequel to Infamous 2 and takes place in Seattle. The last two infamous games were one of the best games on PS3 and this is better than them in terms of the superhero aspect of the game. On the other hand, the moral choices and story is really flawed, but when you are destroying the beautiful city of Seattle with your godlike powers , I thin...
READ MORE

Flipkart delivery once again proved it to be best....Now the game this is the best ps4 title so far n da coolest game made ina while.^;, Graphics are I think one of da best graphics in a video game so far. Gameplay is really awesome n combat mechanics are totally awesome n flyin across skyscrapper IN SEATTLE r pretty cool.U play as new protagonist called Delsin Rowe one of da coolest characters I've ever seen in video games after Our Badass Kratos from God Of Wars.....I haven't played da 1&2n...
READ MORE

SUPERBB BLOWS IT OFF THE MARK

GRAPHICS 5 ON 5
STORY 4 ON 5
GAME PLAY 4.5 ON 5
OVERALL A 4.5 ON 5
THIS IS AN AMAZING LOVE EACH AND EVERY SECOND I PLAY THIS GAME .
THE CONCEPT OF GOOD AND BAD KARMA IS AMAZING .
ONE OF THE BEST GAMES FOR THE PS4 AND I GUESS THE BEST EXCLUSIVE .
THE MAIN THING ABOUT OPEN WORLD GAMES IS POWER AND FREEDOM IT HAS BOTH GO AHEAD AND BUY IT
READ MORE

Best game. U actually get submerged into Delsin's character with great super powers. I am really enjoying each & every bit of it. Really a great game. Also thanks for superfast delivery by Sameo and Flipkart's ekart service, superb packing with bubble wrap, although cd was loose inside the case, maybe due to courier transit. Luckily CD is intact and scratch free. But other that gr8 shopping experience😁 Received game the 2nd day of ordering. Game case was sealed and intact.👌
READ MORE 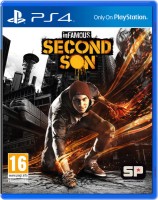 Delsin, the protagonist, holds a chain wrapped around his arm which is the primary melee weapon. The chain can be used in conjunction with some of his special abilities too. Parkour is still a central element in this game so you can jump up walls, automatically get a hold of ledges and thrust yourself upwards with your powers, and even dematerialize into a smog-like form to move around and become tangible again briefly after.

This game has been given a rating of 16 by PEGI.

This game was developed by Sucker Punch Productions and published by Sony Computer Entertainment for the PlayStation 4.