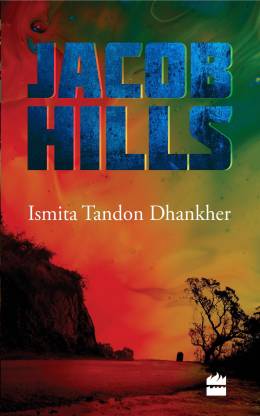 Description
An unloved woman is a soft target, anyone can hit her, have her. It's just another evening at the Tiller's Club. Near the bar, Capt. Rana, the Young Officer undergoing training at the War College stands among his course mates, consciously avoiding his pregnant, Muslim wife, Heena. Rumour has it she had forced him to marry her because of the baby. Saryu, village belle turned modern babe, drink in hand, chats up a YO. Her husband, Maj. Vikram Singh, shoots angry glances at her. She isn't bothered; the question is, who will she go home with tonight? Pam and Gary, the flamboyant Sikh couple, chat merrily with the senior officers, charming as ever. Who'd ever guess that they lead the infamous Key Club, an underground swinger couples' club. And in one corner stands the Anglo-Indian wife of Maj. George Chandy, Eva, who finds herself at the heart of a murder mystery when a woman's bleeding body is discovered at the old church under the black cross. The murdered woman's body is covered with cigarette burns. A six-year-old girl's wrist is similarly marked. Another little girl shows signs of severe abuse. Jacob Hills: an army station that houses the War College where young officers receive training. A world of army officers and genteel conversation, of smart men and graceful women. Set in the 1980s - in an India that was at the cusp of tradition and Westernized modernity - this is the story of the ugliness that lies beneath the garb ofJacob Hills's beauty and sophistication. An ugliness the Chandys find themselves confronted with. Will they uncover the truth behind the woman's murder? Will their love survive Jacob Hills?
Read More
Specifications
Book Details
Contributors
Dimensions
Frequently Bought Together 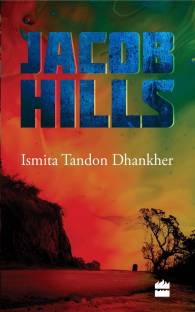 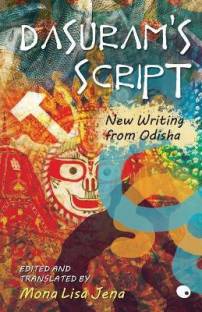 Jacob Hills left me speechless, mesmerized and dazed! I kept looking in thin air at 4:50 am in the morning, with my mind...gone back in years!

In just 268 pages...I got this chance to re-live and peep into the Army life once again! As a daughter of a serving Col in the Army, I had met all kinds of people and had always wondered 'WHY' people behave the way they do? Was it so difficult for adults to understand the difference between being ethical and unethical?

But after reading the individua...
READ MORE

Its a decent book. Best part about is that language is simple and book can be completed fast. Decent mystery.
READ MORE

I ordered the book after reading through the many positive reviews from my fellow readers at flipkart. I would say, the style of narration was very interesting and so were the characters. However, the atrocities accounted seem to be larger than life. Being an army child myself, I wonder if all this ever happens in a unit.
Nevertheless, the book is a fair read if you are looking for a quick read. However, the content is not 100% convincing to me.
READ MORE

Really enjoyed reading the book.
Just couldn't keep the book down.All the characters - and they're a delightfully mixed bunch - are well drawn and real.
In short, this is a brilliant tale very well told. The most enjoyable book I've read this year and very highly recommended indeed.
READ MORE

The book was crisp, pacy and a great read. I enjoyed it thoroughly! Ismita is a wonderful writer... I follow her blog and have read her first book too. She is great at writing Multiple POV stories.. !

Can't wait for her next book! Pick it up for a read..You won't regret!
READ MORE

Jacob Hills is one of those books which you find trouble putting down. The plots come together seamlessly and only go to underline the main theme of the book a little more. Women - her strengths and mostly her weaknesses.
It is easy to identify oneself with the characters in the book. For the rest of them you are left bewildered and shocked! One does tend to wonder whether it is actually as harsh as the story goes within the armed forces.
Overall, it was after a very long time of searching ...
READ MORE

If page turning, thrillers are your thing, Ismita is your author!!

This is the second book from Ismita that I have read and absolutely loved!! The first one was an absolute page turner, bringing life on a ship... well alive. The second one is just as engrossing and highly enjoyable.. being an army kid, I could relate to the situations/way of life described in the book very well! I read the book through one sunday afternoon and I think it was Sunday well spent!!

It is a beautifully written murder mystery and is worth reading. I was particularly impressed by the book which is very well written. It shows the dark side of the army life and have a good suspense and humorous too. its hard to believe that this is ur second novel ..great work in the second shot.
I would congratulate Ismita n looking forward for more..
READ MORE

full thriller ...must read once...

if u luv to read thriller ,suspense, and mysterious stories please read dis book once.
i completed this in 5 hours ...
The Book Is really inspiring.
Though it isn't that easy to do exactly as mentioned in the book, In tough situations of life, they may not be so helpful.
Totally affordable and worth giving a shot. If really interested, you should definitely buy it.
READ MORE

This is one of the few books i hav finished reading in one go.entertaining nd thrilling throughout.the whole plot is gripping and every charachter is so well defined.the depiction takes you back into the world of army.i would like to congratulate ismita for coming up with such a thrilling thriller.a must read
READ MORE

0
0
Permalink
Report Abuse
+
All 20 reviews
Have doubts regarding this product?
Safe and Secure Payments.Easy returns.100% Authentic products.
You might be interested in

Religion And Belief Books
Min. 20% Off
Shop Now
Back to top