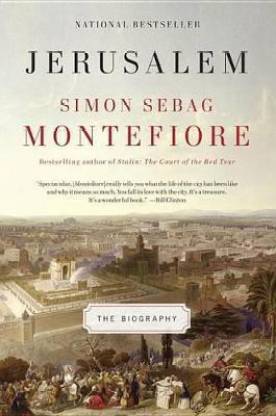 The epic story of Jerusalem told through the lives of the men and women who created, ruled and inhabited it.

Jerusalem is the universal city, the capital of two peoples, the shrine of three faiths; it is the prize of empires, the site of Judgement Day and the battlefield of today's clash of civilisations. From King David to Barack Obama, from the birth of Judaism, Christianity and Islam to the Israel-Palestine conflict, this is the epic history of 3,000 years of faith, slaughter, fanaticism and coexistence.

How did this small, remote town become the Holy City, the 'centre of the world' and now the key to peace in the Middle East? In a gripping narrative, Simon Sebag Montefiore reveals this ever-changing city in its many incarnations, bringing every epoch and character blazingly to life. Jerusalem's biography is told through the wars, love affairs and revelations of the men and women - kings, empresses, prophets, poets, saints, conquerors and whores - who created, destroyed, chronicled and believed in Jerusalem. As well as the many ordinary Jerusalemites who have left their mark on the city, its cast varies from Solomon, Saladin and Suleiman the Magnificent to Cleopatra, Caligula and Churchill; from Abraham to Jesus and Muhammad; from the ancient world of Jezebel, Nebuchadnezzar, Herod and Nero to the modern times of the Kaiser, Disraeli, Mark Twain, Rasputin and Lawrence of Arabia.

Drawing on new archives, current scholarship, his own family papers and a lifetime's study, Montefiore illuminates the essence of sanctity and mysticism, identity and empire in a unique story of the city that many believe will be the setting for the Apocalypse. This is how Jerusalem became Jerusalem: the only city that exists twice - in heaven and on earth.

About the Author
Simon Sebag Montefiore was born in 1965 and read history at Gonville and Caius College, Cambridge. CATHERINE THE GREAT AND POTEMKIN was shortlisted for the Samuel Johnson, Duff Cooper and Marsh Biography Prizes. STALIN: THE COURT OF THE RED TSAR won the History Book of the Year Prize at the British Book Awards. YOUNG STALIN won the Costa Biography Award (UK), the Los Angeles Times Book Prize for Biography (US), le Grand Prix de la Biographie Politique (France) and the Bruno Kreisky Prize for Political Literature (Austria). JERUSALEM: THE BIOGRAPHY was a number one bestseller in the UK and was awarded the Jewish Book of the Year Prize (USA). He is also the author of the novel SASHENKA (published by Transworld). Montefiore's books are published in more than thirty-five languages. Miramax, FilmFour and Ruby Films are developing a movie of YOUNG STALIN. A Fellow of the Royal Society of Literature, he has been appointed Visiting Professor of the Humanities Research Institute, University of Buckingham. He lives in London with his wife, the novelist Santa Montefiore, and their two children. 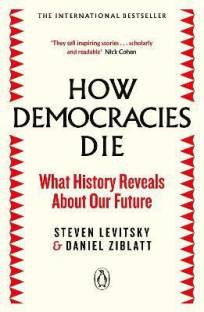 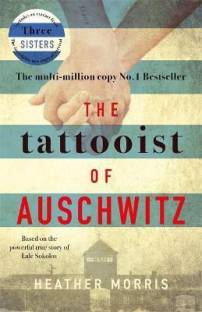 Jerusalem - to the Jews ( not Israelite) or to the Philistines (Palestine) ?

Certainly a hot bed and the Jews and the Palestine rubbing each other over a volcano which is bubbling beneath. Depicted by the author with authoritative documentation and led to scary feeling Armageddon is around. From the biblical times Jerusalem ( whether of the Temple Mount or the Dome of Rock ) is a fascinating place - a land of paradox, even Abraham Lincoln, amidst the civil war in his land, had wanted to visit the place ! A forceful beginning to end read .
READ MORE

This is one of the most authentic books on Jerusalem's chequered history available in the market. Though, one must remember that the author has a pronounced right-wing tilt, hence a completely balanced view can not be obtained. Moreover, this is not exactly on Israel Palestine conflict or an analysis, but more of a record of facts. Still, it's a must have book for those who have strong interest in world politics.
READ MORE