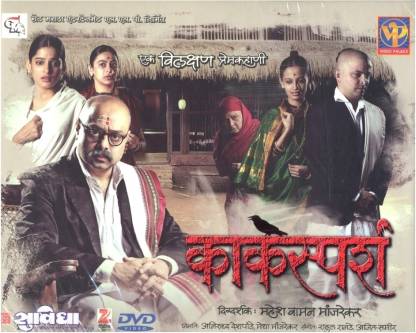 The story of Kaksparsh is based on a chronicle by Usha Datar which depicts a family undergoing tumultuous times and difficult events in their lives. The Marathi film revolves around a Brahmin family set around 1930 to 1950. The film stars some well known Marathi actors like Sachin Khedekar, Priya Bapat, Medha Manjrekar and Ketki Mategaonkar among others.

The film got widespread publicity and critical acclaim for its direction by Mahesh Manjrekar. Girish Joshi wrote the screenplay for Kaksparsh, which was produced by Aniruddha Deshpande and Medha Manjrekar. The music direction for the Drama is by Rahul Ranade, Ajit and Sameer.

BOOK – A book on interview with crew and on-location stills. 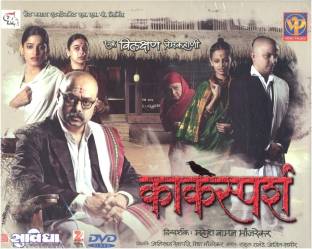 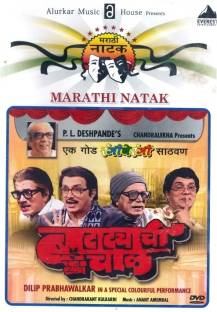 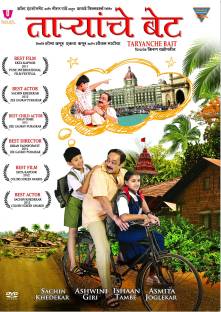 very nice movie and what a amazing dvd pack come with a making of a movie ... never seen a marathi movie dvd pack like this.
film and performance of each character is amazing. story is very unique,after very long tong time all the watch a marathi movie together.
always amazed by Flipkarts Quick and efficient service !
READ MORE

Kakasparsha, as it's tag line promises, is indeed a quaint love story. It deals with mature emotions of love and sacrifice delicately brought to the fore meticulously by Sh.Mahesh Manjrekar. The non-linear form of narration gives this film the pace and feel of a dramatic thriller.

It is dark, but not melodramatic,enlightening but not preachy. The credible performances from the main cast, especially the protagonists Sachin Khedekar and Priya Bapat and from the supporting cast only enhance the...
READ MORE

A movie worth watching 1000 times.,...
Will showcase culture, heritage, values of India before independence..
Excellent screenplay., A must watch to all of you..
READ MORE

Reproductive Imagination of Past

Movie of the past tense. A story before Independence. Though it is a deep emotional & a very serious kind of story, it is not boring and we become curious about next scene & able to make judgement about its characters while watching. The script seems little lengthy. An eye opener for those who wants to know our rituals (past & present). We can remember such movies for long time. For matured audience. Not for children & thoughtless people. Quality of DVD was not good but Flipkart assured me fo...
READ MORE