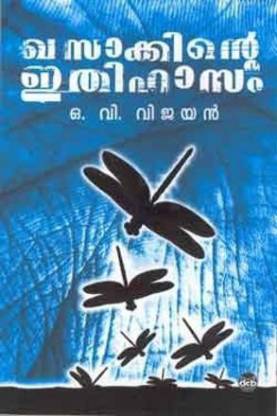 This path breaking Malayalam novel traces the journey of self-discovery of a young man.

Ravi is a young man with a bright career ahead of him. He is at the start of his life, with a woman who loves him, and a research position offer from Princeton University. He is set to have everything a young man could desire.

But, that dream is destroyed when he has an illicit affair with his stepmother. Ridden with guilt and shame, and filled with self-loathing, he abandons everything including his family, his career, and his love. He decides to lose himself in a new life, away from familiar things.

He ends up in the small village of Khasak, near Palakkad. It is a place that is rich in myths and legends, and filled with colorful characters. Ravi starts a school there, and while he tries to bring the outside world and expand rational knowledge into the little village, he himself is in for an education.

Through his encounters with various people in the village and through the various myths and legends that abound in the village, he slowly begins to understand himself, and finds answers to several questions that had been haunting him for long.

Khasakkinte Ithihasam was an epoch-making novel in Malayalam literature. It was not just its subject matter and the story, it was also the unique writing style that inspired generations of other writers in the language. The novel still enjoys undiminished popularity and has been reprinted several times.

O.V. Vijayan was a writer and cartoonist, and a prominent figure in the field of Malayalam literature.

O.V. Vijayan was born in 1930 in Palakkad. He earned a masters degree in English literature from Presidency College. He has won several awards for his literary works, among them the Vayalar Award for Gurusagaram, the Sahitya Akademi Award for the same novel, and the Odakkuzhal Award for Khasakkinte Ithihasam. He was also honored with the Padma Bhushan award. He died of organ failure in 2005. 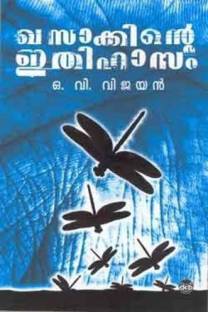 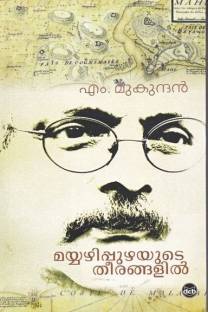 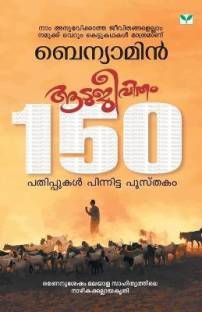 It is one of the best books

Just one word to describe "AMAZING"

So a small review

The characters of this novel are super. Language wise this novel is a marvel also the slang's used in the novel makes us feel a real story rather than a fiction
READ MORE

Cover page is different but good in quality no damages.
READ MORE