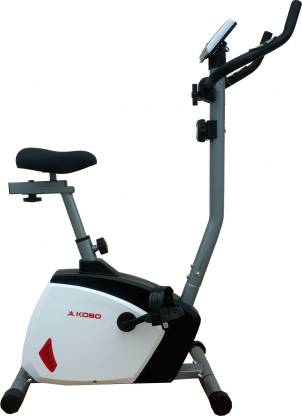 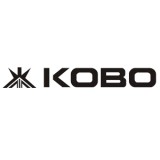 Product Description
If you're serious about getting fit, you shouldn't let minor things like the rain or your lack of time to go to the gym inconvenience you. Bring home this KOBO magnetic upright exercise bike and you can work out in the comfort of your home.

You can adjust the bike's seat both vertically and horizontally as per your comfort and convenience. Also adjustable are its handlebars. Made out of steel and with a rubber covering, you are guaranteed a firm grip of the bike even in case of sweaty hands. 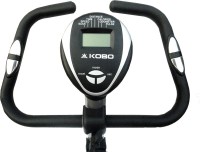 Readings such as the speed of the bike, the distance covered, the calories you've burnt, and your heart rate are displayed on this electronic bike's LCD display. This bike can carry a maximum weight of 120 KG.

A rubber casing on the bike's pedals prevent your feet from slipping when they get sweaty. Its also designed to have brakes and is equipped with a resistance level of 8 so you get a good workout at home without a trainer.

Good quality - but difficult to assemble

Very good quality product. Was able to assemble in 30 mins.
They should give manual with bigger picture and better numbered components....
READ MORE

Nice product. Thanks flipkart. Easy installation can done by own.
READ MORE

This is really high quality product. Very strong and sturdy..

Only the screen is kind of primitive..displays one figure (out of speed/dis/pulse etc) at one time...

Also assembling is difficult but that's not a fault of the bike. Youtube came to my rescue...

I recieved a product in which speed sensor is not working.

Update
Wish i could 0 star it.
Even after getting replacement, the speedometer is not working. Absolutely worthless product.
READ MORE