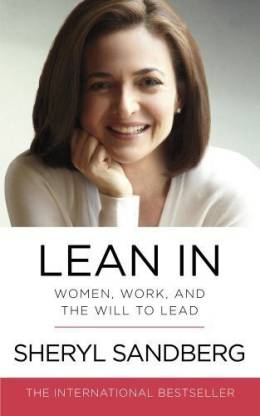 This edition of Sheryl Sandberg’s Lean In contains all the contents of the previous edition with an additional five chapters from experts and a passionate letter from the author to graduates.

Sheryl Sandberg became quite the hit with this book as it sparked conversations about women and ambition around the world and made her the leader of a global movement. This version of the book is updated with a letter from Sandberg asking graduates to find work that they love and commit to it. It also includes five exclusive chapters that tell graduates about how they can get the most out of their first jobs. These chapters will also teach them how to present their CVs and write them, give them interview practice, and help them understand salary negotiation. Women today have a right to equality at work and will agree with that, but when these women need to ask for a raise, promotion or equal pay, there is a certain level of hesitance from their end. Though the number of working women around the world has increased, the statistics still show fewer women than men. Even in the parliament, women hold just twenty percent of the seats, and only a handful of women have made it to the list of Fortune’s 500 CEOs. This book intends to stop women from worrying and lacking confidence, and aims at pushing them to the top.

Sheryl Sandberg is an American technology executive, activist and author. In August 2013, she became the COO of Facebook. In 2012, her name was in the annual list of 100 most influential people in the world in the Time magazine. 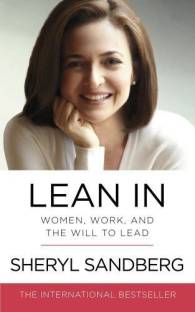 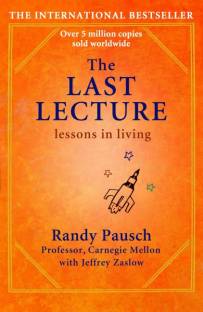 A must read for every woman out there

I finished reading this book, and thought i must review this as well..This book talks about the essential work life balance techniques in an inspiring yet funny way.. Sheryl Sandberg, being one of the most successful women in the business world, shares how she as a woman balances her family and work.. With the assistance of hard data that she provides, its simple to understand and stays in our minds long after finishing it. And mostly, while reading the book, we will find questions and doubt...
READ MORE

Inspiring for any person regardless of gender!

One of the best aspects of this book is that it doesn't stoop to ordering, judging, or lecturing at any level. It does not criminalize motherhood or career women, instead it says, balance is possible, all you need to do is be disciplined about it.


I have been a Sandberger (Sandberg fan lol) for a long time now, and was awaiting the release of her book for months. It did not disappoint me as it has a certain continuity to it, i.e. you can follow up on the Lean In movement by joining real li...
READ MORE

Awesome book.. wanted to read it from a long time.. finally got hands on it.. and I am loving it...
Thanks to flipkart for fast delivery
READ MORE

For any woman who is serious about navigating her career, giving her best at work and getting to the top. Invaluable tips and stories about how Sheryl balances her work and life - how we can all get to the top of our fields if we try.
READ MORE

Best book ever! Came in good condition and I gifted to a friend. Recommend all girls and guys to read because, you gotta lean in
READ MORE

Very engrossing piece of writing.
A must read...very clearly explaining and giving different nomenclatures to withrdrawal/inhibition phenomena that have played roles in letting women not moving up the ladder (or rather Jungle gym)...And beautifully providing solutions to those inhibitions. Cited very good examples!!!!!
READ MORE

a great book at great price!!

bought it in the great flipkart sale after i cudnt open anything else which was not sold out..
but it turned out to be a good deal since i got an awesome book at an unbelievable price!!

swift delivery,cash on delivery option and nice packaging!!! all makes me give it full marks!!!
READ MORE

Must read for all

Every aspiring women who dreams of a successful career but is cowed by the family responsibilities must read this book.
Men should read because their support is indispensable and because they might open up
to the idea of an equal world after reading it.

The book logically presents how gender equality would lead to a better world.
READ MORE

really liked the book....it's great to have such authors......Sheryl has done a great work by putting into words what day to day professional , personal and social hazards a woman goes through and feasible solutions to get out of those issues. I would love to see more books like this.....
READ MORE

Absolutely loved it. Very practical and crisp. I gifted it to 6 other friends of mine who will benefit. Can def help women to be confident of climbing the corporate ladder. The best part it while it shows how women can increase their role at work, the book also talks about how to increase a man's role in the house. Leading to a healthy work-life balance for both.
READ MORE