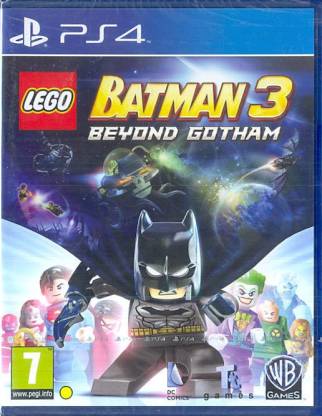 Join forces with the superheroes of the DC Comics universe and traverse space to stop the bad guy, Brainiac. The evil villain has shrunk the worlds to build a twisted collection of miniature cities by using the power of the Lantern Rings. Batman, along with other superheroes, must stop Brainiac before it’s too late. LEGO Batman 3: Beyond Gotham will open a new, exciting world of Xbox One gaming for you.

Play the game to unlock more than 150 characters having unique powers and abilities. They include the members of the Justice League and various LEGO figures like Cyborg, Solomon and Grundy.

The unique gadget wheel lets you choose and upgrade the character’s suit and abilities as per the situation and level of difficulty of the game.

Win the game by escaping mazes, winning wars in various arenas and solving the code.

Access shops, trophy rooms and the hero and vehicle customizers in the Hall of Justice, the Batcave and the Justice League Watchtower. 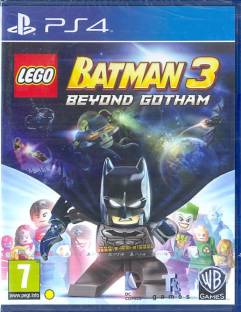 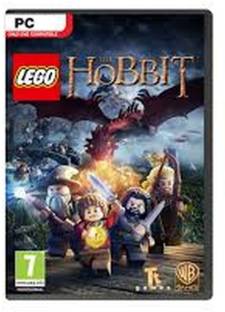 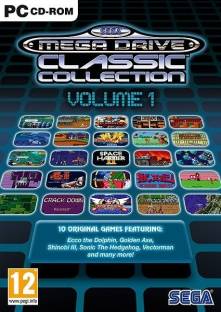 I bought this game for my grandson and he loves it he almost plays it everyday! I think it is a great game for kids.
READ MORE

Warning : "Requires Internet Connection to activate the product ."
The game comes in a box which contains a DVD and a manual. You have to download almost 3.2 GB from Steam.
READ MORE

The disc doesnot contain the whole game...it has the product code.
You need to sign-in in to stream
enter the code and download the full game
game size aroound 6 gb
READ MORE

Its not working only
READ MORE

not upto the mark
READ MORE

waste this game is not coming
READ MORE