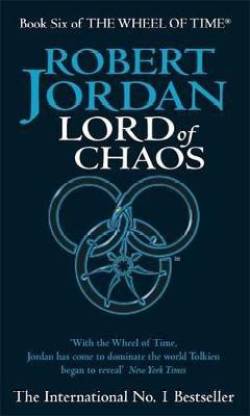 The preparations for the Last Battle continue, drawing into their peak as Rand al’Thor announces an amnesty for all men who want to learn to channel. This announcement draws an unlikely ally to his side, one that his advisors cannot trust. Let the Lord of Chaos rule in the epic sixth instalment of Robert Jordan’s The Wheel of Time fantasy series!

A dark cloud looms above the White Tower. Siuan Sanche, the Amyrlin Seat, has been deposed and stilled by Elaida. Elaida has wrested the seat from the others, becoming the leader of the Tower and disbanding the Blue Ajah. Angered, dozens of Sisters leave the Tower, leaving it split in half for the first time in its entire history. They believe that Siuan Sanche is dead. They believe wrong. Meanwhile, the Dragon Reborn, Rand al’Thor, seeks to form a new Tower, one that he will use to train men who wish to channel. The plan seems insane at best, for what sort of men would want to draw on the One Power, inviting the madness that will surely follow. His advisors believe his so-called amnesty is flawed, doomed to fail. But Rand will do anything to prepare the world for the Last Battle. The Dark One is gathering his forces. The loss of his greatest generals has done little to dissuade him from his plans of returning to power. If anything, it has strengthened his resolve to destroy the Wheel of Time forever. The Forces of the Light are trying to stop him, but their plans are falling apart at every stage. The Rebel Aes Sedai try to find a new leader, rejecting Elaida’s claim to the Seat. They find her in the unlikeliest of candidates, one they think they can control. Elaida is scheming, she has her own diabolical plan for the Dragon Reborn. And Rand is busy placing his trust in a new ally, one that couldn’t possibly be on his side. Even as he begins to hear the voice of a dead man in his head, Rand wonders if he has finally lost his sanity to the foul taint on the Male half of the One Power. The Wheel of Time turns and the Last Battle draws closer. Lions sing in answer and the hills take flight. The sun rules by day and the moon by night. Blind women, deaf men and jackdaw fools know nothing. There can be only one ruler: so let the Lord of Chaos rule!

Welcome, Dedicated. We are here for the Honour of the Rose of the Sun. This book is the sixth in Robert Jordan’s The Wheel of Time series. It follows the events of The Fires of Heaven. Witness the battle for the greatest city in the world, Illian, in the next book, A Crown of Swords!

Well before going into the story line of the book, i would like to point out that this one is probably the longest book in the wheel of time series. With a flamboyant blue color, it has a great cover page. The best part of this book that i felt was that for the first time in the series,the story is told from the perspective of the forsakens. With Demandred and others meeting the dark lord (ONE MUST NOT CALL HIM SHAITAN!!!) in the pit of doom in the starting of the story, it sets the stage for...
READ MORE

remember. This is Indian edition, as all foreign punlishers do, orbit does same by bringing out cheap indian edition after the TV show comes out. Indian readers in this age of OTT should only hope no favourite series of them never gets translated into tv series. Thats how sanctity of books would have still remained. Content wise, nothing to say. Its second best series after LotR. Received it in hardboard box so no such damage,

Edit: Its cheap but its better than the UK edition because this i...
READ MORE

This is the book where the series' pacing becomes sluggish. The most significant events occur in bursts, moving forward Egwene's story around the middle of the book and a truly epic clash at the end.

This book is only a few thousand words shy of The Shadow Rising in length, but it feels much longer due to the excessive padding. Naturally, if you like the series so far, buy. But be warned, this book sets the pace till the end of Crossroads of Twilight.
READ MORE 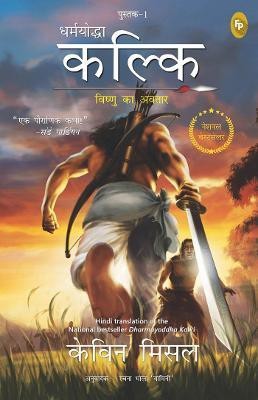 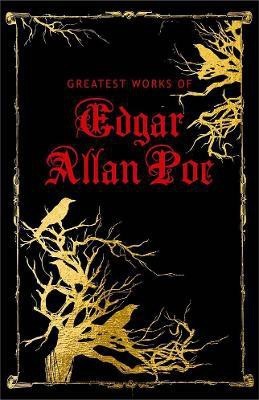