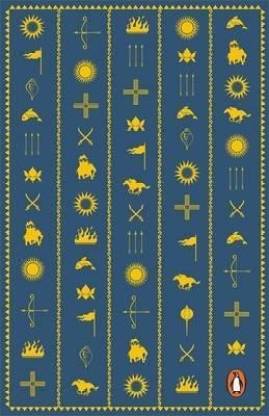 Sold Out
This item is currently out of stock
Author
unknown
Read More
Highlights
Seller
BOOKLOVER
3.8

The Mahabharata is the greatest epic of Sanskrit tradition, and it is a story of love, jealousy and the human spirit. This is the third volume in Bibek Debroy’s unabridged translation of the original work by Veda Vyasa.

Tricked by their greedy cousins, the Pandavas have no recourse but to go into exile. They journey to various places of pilgrimage, and along the way, they meet several prominent figures out of Indian mythology. Among them are Agastya, Rishyashringa, Kartavirya, Sukanya and Chyavana, Mandhata, Jantu, Shibi, Ashtavakra, Yavakrita, Jatasura, and Markandeya. Covering the Vana Parva, Bibek Debroy masterfully continues the epic saga he began. Relive the magic of one of the greatest epics of mankind as he describes how Arjuna slayed the Nachiketa monsters, how the Kauravas were defeated by the Gandharvas and then released by the Pandavas. Then, follow the Pandavas as they hunt down Jayadratha who kidnapped their wife, the beautiful Draupadi. Finally, understand the meaning of truth and integrity as Karna knowingly hands over the gifts of his divine father into the hands of his enemy’s father, accepting mortality and vulnerability for the sake of charity. This translation is based on the Critical Edition compiled at the Bhandarkar Oriental Research Institute.

Bibek Debroy is an Indian author and economist. Currently a professor at the Centre for Policy Research, he is best associated with his books on economics.

He began translating the Mahabharata into modern English prose into 10 volumes in 2010, of which eight have been published so far.

An excellent effort and a great service rendered to us by the author for undertaking this mammoth and herculean task.This unabriged version is TRULY SPECTACULAR AND GRAND.the other abriged versions are actually a disservice to this great epic(absolutely no offence meant to those authors).
The language is indeed fluid and smooth with relevant and important notes and points.(unlike K.M. Ganguly's as it was written in another era)Its difficult but its a hope that the author is able to bring ou...
READ MORE

My review is not about this book. This is about Flipkart who thinks they have gained a monopoly in ecommerce. They even dare to sell a product over MRP which is illegal in India

Flipkart has increased the price of this book as this is not available on any online store. Guys if you need to buy this book and are not able to fine it at its MRP on any website and also you have searched all the bookstores in your area, call Penguin India. They will give you the number of the head distributor in y...
READ MORE

Religion And Belief Books
Min. 40% Off
Shop Now
Back to top