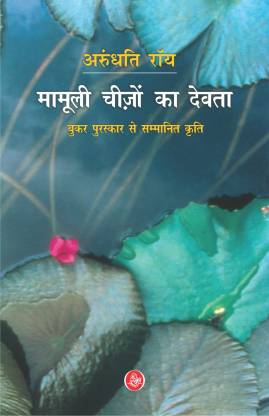 Mamooli Cheezon Ka Devata (Hindi) is a novel that describes the lives of the fraternal twins Estha and Rahel across different times, switching between their childhood and adulthood.

Ammu Ipe is tired of living with her family. They’re trying to get her married, but can’t afford to pay the dowry. She convinces her Mammachi (mother) and Pappachi (father) to let her stay at her distant aunt’s in Calcutta during the summer months. She however doesn’t return to Aymanam, and gets married to a man who works at a tea estate. The marriage turns out to be a mistake, as she later discovers that he is an abusive alcoholic, who even persuades her to sleep with her boss, to keep his job. She still stays on and gives birth to two daughters Rahel and Estha, but leaves her husband and moves back to Aymanam to live with her mother and brother Chacko.

Then, a series of events surrounding them begins to unfold in this town of Aymanam. Chacko, who was studying at Oxford, ends up in a failed marriage with an English woman named Margaret, and unable to secure a job, comes back to Kerala and takes over his mother’s business. Rahel and Estha fall in with love Velutha, who is an untouchable, but the love affair comes crashing down when others in the family come to know of it and banish Velutha.

Estha and Rahel are reunited and they look haunted by their pasts, and soon realize that they understand each other the best. The English version of Mamooli Cheezon Ka Devata (Hindi) titled, The God Of Small Things, won the Booker Prize.

Arundhati Roy is a writer and political activist.

The other books written by her include Broken Republic: Three Essays, Listening to Grasshoppers: Field Notes On Democracy, Walking With The Comrades, and The Shape of the Beast: Conversations with Arundhati Roy.

Arundhati was born in Shillong, but lived in Kerala during her childhood days. She graduated from the School of Planning and Architecture with a degree in architecture. She wrote screenplays, before publishing her first book, The God of Small Things. After the phenomenal success of her book, she returned to writing screenplays, but also began her career as a political activist. The National Film Award for Best Screenplay, the Booker Prize, the Sahitya Akademi Award, and the Norman Mailer Prize are among the awards that she has received. 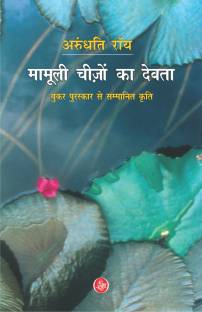 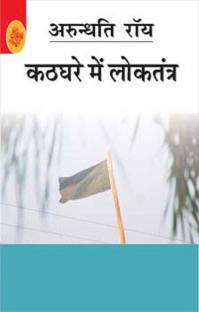 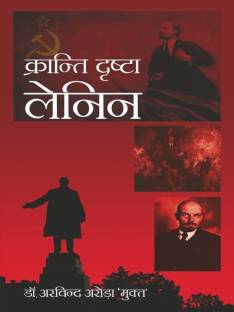