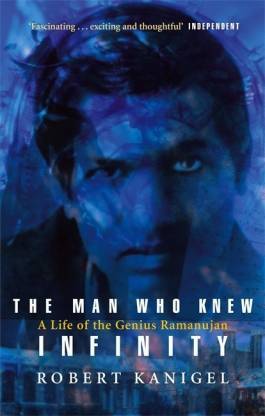 This is the biography of a mathematical prodigy- Srinivasa Ramanujan, whose inhibited genius finally came to recognition when he stepped into Europe.


Srinivasa Ramanujan was an enigma during his lifetime and continues to be one, even today. Ramanujan was born into a poor Brahmin family in Madras, and his parents were financially unable to support him after his initial schooling, which is one of life’s little ironies, since his contributions to the world of mathematics are inspiring and brilliant.


Kanigel doesn’t stop with focusing on the protagonist, and provides a peek into the setting in which Ramanujan was groomed and raised. He describes how the education system in India works, the orthodox nature of Ramanujan’s family, and his premature marriage to a very young girl.


He takes readers through how, after writing to many mathematicians and several failed attempts to make himself heard, luck finally aided Ramanujan when G.H. Hardy, an English mathematician, realized his gift. Ramanujan received a scholarship to continue with his study and research in the field of Pure Mathematics. Hardy managed to get him to England, where Ramanujan worked closely with him and other Cambridge mathematicians.


Kanigel also acquaints the world with the canons that guide the Indian society, and in Ramanujan’s case, all these hampered with his mathematical explorations. Unable to comply with cultural norms, he became a social outcast. An arranged marriage to a minor, who suffered a great deal under his mother’s ill-treatment, left him in a state of anxiety and distress.


Unfortunately, in England, he contracted tuberculosis and his battle against the disease deterred his further discoveries. He succumbed to the illness at the early age of 32. It is to be noted that some of his unfinished work is still being analyzed by mathematicians.


The Man Who Knew Infinity was written by Robert Kanigel in the year 1991. The verity of the information provided in the biography evinces extensive research and the book received and continues to receive positive reviews in India and abroad.


Robert Kanigel is a Brooklyn-born biographer and science writer. After completing a B.S. in Mechanical Engineering, he began freelance writing in 1970 and published his first book in 1986.


Kanigel’s writings, however, are not confined to books, and he has published over 400 articles, essays and reviews, appearing in magazines like Johns Hopkins Magazine, Baltimore Sun, The New York Times Magazine, The Washington Post, Science 85, and Human Behavior. As an author, he wrote many books, including Apprentice To Genius: The Making of a Scientific Dynasty, The One Best Way: Frederick Winslow Taylor and the Enigma of Efficiency, High Season: How One French Riviera Town Has Seduced Travelers for Two Thousand Years, and On An Irish Island.


Kanigel’s books are commended for their well-researched and detailed content and are considered lively and interesting to read.
Robert Kanigel was born on 28 May, 1946, and studied in New York. Later, he went on to become professor of science writing at MIT and directed a Graduate Program in Writing for 7 years. In 1999, Kanigel returned to Baltimore to pick up his writing full time and began working on a biography of Jane Jacobs. 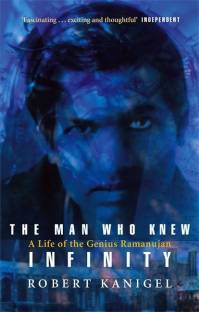 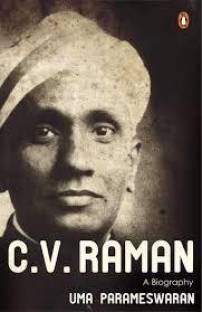 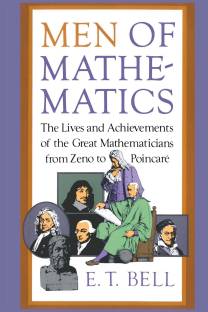 By far the best scientific biography I ever read.It's a magical story,of a person whose life and story almost sound mythical,a person who continues to be a source of inspiration for people around the world who are familiar with him.And it is a story told in a very engaging way by Robert Kanigel.The exhaustive research he did is remarkable. This book will captivate you and touch you and it will stay in your memory as one of the finest literary experiences you have had.And what is more,it is a ...
READ MORE

This book is a must read for students and others intellectuals and again those biography addicts.

One of the best biography on any mathematician I have read. Kanigel has not only made it readable for a non-mathematician but has also managed to keep the intensity.
Immense research and fantastic story building makes this book come alive.
Gives justice to a wholly uncelebrated life of a genius called Ramanujan.

Go on and add it to your collection!
READ MORE

Excellent read & a well researched book. The genius of Ramanujan is perplexing. A bit sad that he had to die so young. Can't imagine what he'd have done living a few more years in good health. A must read for any math fan - strongly recommended!
READ MORE

The man who knew infinity

Just read this book, an excellent one.
Shows how the relationship grew between a mathematical talent G.H.Hardy and the genius Ramanujan.
It's a must read for all Maths lovers.
READ MORE

The Man who knew Infinity by Robert Kanigel

Most of us have heard of the Mathematical genius, Ramanuajam, and how G H Hardy, a British Mathematician facilitated his visit to England. We are also aware of the amazing insights of Ramanujam and how he and Hardy worked together to bring these insights into wider knowledge. However, the book by Kanigel traces the history of Ramanujam and his ordinary background from a small town in south India in such great detail and with such a human touch that the book is worth every minute spent in read...
READ MORE

1
0
Permalink
Report Abuse
5
It is sad that the best biography about an Indian mathematician had to be written by a foreigner. The book gives you a fascinating insight into Srinivasan Ramanujan's life. Interested in mathematics from early on, Ramanujan overcame all barriers, including a complete lack of formal mathematical training, to become one of the greatest mathematicians of the 20th century. The book explores Ramanujan's mind which worked very differently from an average 'great' mathematician. Focused on intuitive ...
READ MORE

Lotus in mud is all that comes to my mind when I think about Ramanujan.

No need to tell his story here, but Robert Kanigel's has done an amazing work of introducing the world to the man behind the genius mind. The book is not only a narrative but clearly portraits the man with his genius, his flaws and most importantly his beliefs. I have read some other biography of Ramanujan but this definitely is the best researched, best collated and most authoritative biography.

I have placed this boo...
READ MORE

Probably the best biography out there on Ramanujan

I was driven to buy this book after the knowledge that they were going to make a movie on Ramanujan. Robert Kanigel's work is touted to be the most authoritative biography on Ramanujan and one can see it from the details he presents in this book. His narration got me hooked and after reading the initial few pages, I almost found it difficult to put the book down. I found the attention to detail in the presentation of the sights and sounds of the ancient town of Kumbakonam amazing. Considering...
READ MORE