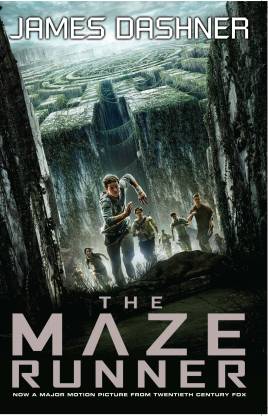 The Maze Runner is a young-adult novel written by James Dashner. It is the first title in the series of the same name.

Thomas finds himself in a strange lift. He is in a glade with many other boys, and remembers nothing else but his name. Why is this strange maze called the Glade? Why are the odd metallic creatures called the Grievers? Why does the Glade seem to change each time they return? No one knows the answers to any of these questions. But the only thing that Thomas knows for certain is that in order to survive, he needs to run. On a fateful day, a girl joins them with a message. Everyone is left numbed by shock when they learn what it is. Hence begins the adventure of Thomas and his friends in the maze. The Maze Runner is followed by The Scorch Trials and The Death Cure. The current title has been adapted into a movie by 20th Century Fox.

James Dashner is an American author. He has written several bestselling fantasy series, including: The 13th Reality series and The Jimmy Fincher Saga. 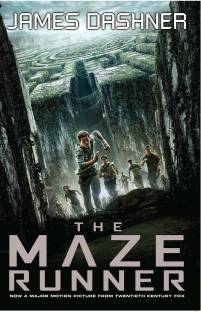 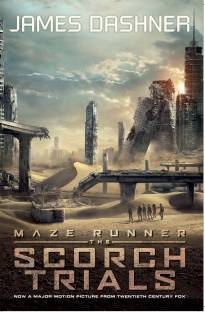 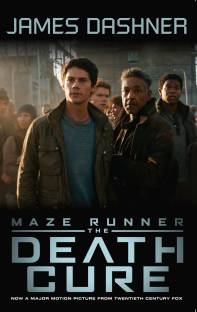 A really good book with a great story.

The story is about a kid who finds himself in a maze and goes through different adventures to escape with his trusted friends.

Its a really good book. Its written in simple language so its easily understandable to teenagers. There are great characters, detailing and everything. There are some jokes here and there to lighten the mood. Should read it if you are a science fiction reader.
READ MORE

this is the best book i have ever read. i felt like reading more even after i finished the book.
i felt a strong urge to read even when i was finished. very very good... hmmm can say even better or best
READ MORE

When it was delivered, book was looking old a little bit! And seriously till the date i can't read the book, cause it was taken by my gf and thn we broke up! LOL!
READ MORE

this book is awesome

this book was all about gladers in the maze and how they escaped from it. the runners figure out a code and escape from there. but they end up in their next trials. the scorch tials
READ MORE

The Maze Runner is a great book. It a suspense filled thriller that resonates deeply in your mind. The dystopian fiction is really enjoyable.
It's a story of a boy named Thomas who wakes up inside a box like structure in a fictional place called the Glade. The suspense and thrill makes the book almost irresistible.
READ MORE

i think it is a great book...people wanting to reaad it after seeing the movie, then you will be a bit dissapointed. But stll, it is an excellent book and s highly recommended.
READ MORE

I got this movie tie in edition for just ₹127 and the book was delivered on time with perfect packaging and a bookmark. I'm so happy with Flipkart's quality customer service. Thanks Flipkart.
READ MORE

James can add more better ending than this

The book makes me sit and eat cookies as i go...but wen the actual time comes for me to nibble on them(i.e the ending chapters) all i want to ask is..."Why are you dragging this so much?!!" just please make it lesser of "he was climbing on the slippery wall" to more of "that wall was a tough one"
Sort of good read though childish
READ MORE