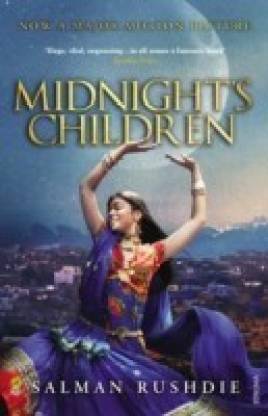 Midnight’s Children is a novel by Salman Rushdie. It deals with India’s change from British rule to independence and touches upon the themes of the partition of British India.

Saleem Sinai is born at Midnight, on India’s first Independence day. He has telepathic powers, and soon discovers that all children born at midnight have similar powers. Saleem assembles a Midnight Children's Conference to reflect on the issues India faced in its early statehood. As a telepathic conduit, Saleem brings hundreds of geographically disparate children into contact and discovers their gifts. The magical realism in the novel examines liberalism and recalls indigenous Indian culture. It runs headlong into the moment of the emergency and shows how the children deal with the episode.

Sir Ahmed Salman Rushdie is an Indian British novelist best known for writing: the Satanic Verses, The Moor's Last Sigh, The Enchantress of Florence, and The Ground Beneath Her Feet.

Rushdie was appointed Commandeur de l'Ordre des Arts et des Lettres of France and knighted for services to literature in the Queen's Birthday Honours. He has also won the Booker Prize for Fiction, Booker of Bookers, The Best of the Booker, Whitbread Novel Award, and the Writers' Guild of Great Britain Award for Children's Fiction. 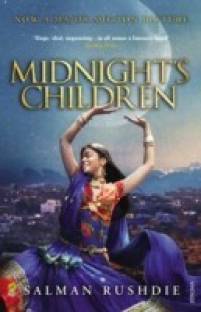 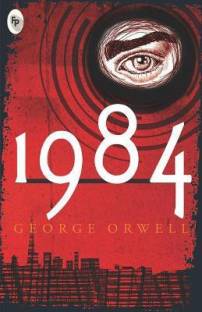 Story Telling at its Best

1993 Man Booker prize winner, and Best of the Booker really deserved that. Perfectly crafted beads converted into a great story. And the way Salman tells the story is really marvelous. The story has its own turns, ups and downs but everything creates more interest than earlier. As soon as you start feeling comfortable with the story and start guessing the next, story turns and take you to whole new world of Saleem Sinai's (main character of the book) life.

With approximately 100 books in my ...
READ MORE

I can assure you, you won't read this book without a smile on your face. Nothing particularly interesting but if you are someone wanting to have a jolly good-time with a book start reading this one.
Hilarious is the first word that comes to my mind.
Happy Reading.. :D
READ MORE

Do not, I repeat DO NOT read if you are young or a beginner. I'm just 15 and was getting cocky at my collection(which includes the godfather,a few by crichton,all of dan brown and chetan bhagat,and a few classics from here and there,not to mention a couple of agatha christies).
So I thought,hey!let's enter the big time and read the white tiger.It was easy enough.So why not step up the difficulty,and hey presto, there I was sitting excitedly with Midbight's dear Children for company.And weren...
READ MORE

It simply blew my mind.

I am a teenager and this was my first Rushdie novel. Initially, I found the book a little tough to read but after 30 pages or so, I totally fell in love with the characters and the brilliantly woven story. Midnight's Children truly deserves the accolades it has received.

I now greatly adore and respect Sir Salman Rushdie and I surely am going to read the rest of his works.
READ MORE

This book is a good read. A good fiction piece and very entertaining. It comes in very handy for people to know a bit about 1971 war and partition of Bangladesh. The language is undoubtedly good as it is written by Salman Rushdie.

Should read this book.
READ MORE

The binding is very good, flexible: you can almost roll the cover into a cylinder :). And Rushdie's Sinai will show you a magical world that will surely make you dream; though last 5 chapters are not like the previous ones, Overall a good piece of work.
READ MORE

A great book ... No description needed as we all know about this book of Rushdie ...

So coming to book quality ... Paper quality is good .. Brown coloured pages ... and feels slightly rough to touch .... The pages of the book are easily stretched on both sides of its covers .. Haahaa ...


Even the font size is great ..
READ MORE

Good but not so good

The delivery was super awesome got it in 12 hours without the 1 day delivery option. The packing was good an but the product was a little bit roughed up. But overall excellent experience.
READ MORE

Definitely Worth a read!

I loved Midnight's Children when I read it in school and I love it now-almost a decade later. Mainly for transporting you into another world. Its colourful characters, confusing sometimes but fun mostly, draw you deeper into a magical, surreal world. If you want reality, don't read this book. The book is about the Midnight's Children (children born in the first hour after the birth of India as a nation) and their erstwhile leader Saleem Sinai. It traces him (and them) through childhood, the c...
READ MORE

An unmistakable masterpiece from Salman Rushdie

Midnight's Children is in a class of its own. The beginning is a bit dreary, but once you're past page 65-70, it holds the reader in a vice-like grip. Sometimes, I wonder how authors like Salman Rushdie come up with books like these. I mean, one cannot help but give credit to authors who have the ability to come up with a bizarre yet fascinating premise, and turn it into 530 pages of pure art. The genius is all fire and air in involving India and its children, weaving history with magical rea...
READ MORE