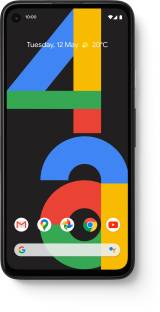 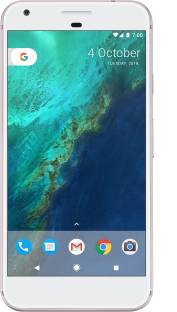 Upto
₹30,000
Off on Exchange
Page 1 of 2
Did you find what you were looking for?
YesNo
Reviews for Popular Google Mobiles

if you are a classic compaq size phone lover this is definatly for you..i use it on daily basis social media, netflix, prime.. not for heavy game users. batt...
Read full review

So pathetic,don't go for this device by just seeing its brand value.. its not optimized for Indian condition, it heats a lot even of you're using normal apps...
Read full review

Received my Google Pixel today. What a wonderful experience so far.

Been using it since October 2017 and it's going to be 3 wonderful years with this phone.
Everything is amazing and I am quite happy with its performance.
Read full review

still one of the best flagship experience. I bought it mainly for the camera performance after alot of online reviews, I must admit I am thoroughly satisfied...
Read full review

I got the phone for 38k. The best deal there was. The camera is spot on. Best in the market. Battery life could've been better. Google's service is awesome. ...
Read full review

Magical Camera and a fantastic all-round phone. I've been eyeing the Pixel 3 since the premium model launched in October oast year, but held back because of ...
Read full review

I have been using this phone for almost 2yrs, built as well as the camera quality is superb. If looking for an android phone I will recommend you to buy the ...
Read full review