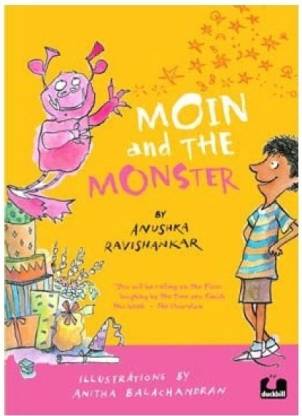 Meet a monster who loves to sing and does very weird things. Moin and the Monster is a children’s book compiled by Anushka Ravishankar. The illustrations are created by Anitha Balachandran.

Moin hears something sniffling and shuffling under his bed one night and discovers that it is a monster! He learns to live with the monster that does not eat anything except bananas. It sings silly songs and loves trying new hairstyles. Keeping the monster a secret from his parents and teachers is becoming increasingly difficult for Moin by the day. So he decides to send the monster back to the place it came from. Discover what all he Moin and the monster do together in this delightful book.

Anushka Ravishankar has compiled several award-winning books. She has penned over twenty-five titles, most of which have been translated into many different languages. 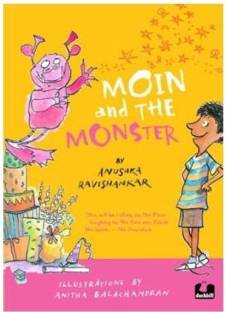 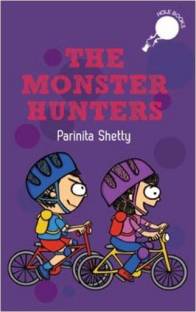 A lovely book to read to little ones or read with the little monsters. Another winner from Duckbill - home to fun books for kids with no hidden agenda to educate or moralise. They just happen to help develop an abiding love of reading from an early age. And thats good enough for some kooky parents.
READ MORE

Please please please get this book and read it! I have never laughed this hard. The characters are amazingly funny and the circumstances tickled my funny bone a lot. Ravishankar is a rare talent in the field of children's writing in India. She has put a Muslim child in the centre of her plot but there is nothing 'religious' about it. The kids speak natural Indian English that you and I speak. It is a fantasy but like all good fantasies it makes me expand the possibilities of the real.
READ MORE

First i am sucker for kids' books. Second I hate the whole idea of 'suitable age group'. Now that we have the two 'me rules' out of the way, we can go on to the books about a certain pink monster. I saw my 9 and 11 year olds giggling in their respective corners with a pink book in the elder's hand and the yellow one in younger one's. Obvious next step - steal them, read them and feign innocence if caught. So if someone heard giggles and some singing piping out of the wash room - that would be...
READ MORE

This is awsome product
READ MORE