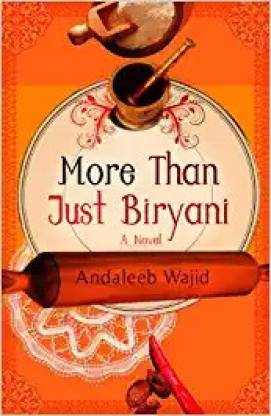 More Than Just Biryani is a coming-of-age story of three women and their culinary journey.

More Than Just Biryani is the story of three women spanning three generations – Ruqayya, Tahera and Zubi. Sonia Kapoor id a journalist who is working in a Hong Kong based food magazine. She befriends Zubi, a coy Indian woman, who has been living in Hong Kong with her husband and child. Sonia wants to get to know Zubi well and extract all the fascinating stories about Zubi’s connection with food. Zubi eventually opens up to Sonia, takes her to Bangalore, and introduces her to her mother's simply cooked home food. Sonia soon realizes that there is much more to Muslim food than just their love for biryani. More than Just Biryani shows how food plays a substantial role in shaping the character and lives of each of these women. The author also includes quite a few recipes for some sumptuous Muslim dishes such as kaali mirch ki phaal and lauz. This book is a must-read for those interested in books about food and culture.

Andaleeb Wajid is an India author and loves to write about food, relationships, and weddings. She was working as a technical writer, content writer and food writer for many years before quitting to pursue a full-time career in writing. She has also authored Kite Strings, Blinkers Off and My Brother's Wedding. Her trilogy Sepia has been accepted at Bloomsbury India and its first installment will be published in 2014. 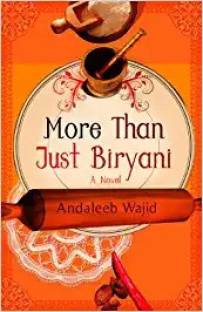 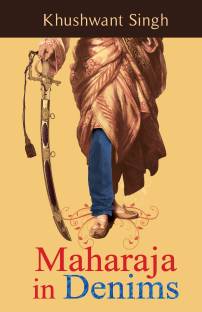 More than just a book.

MTJB has been extremely difficult for me to complete. It's an intertwined tale of three women, spanning three generations. We humans, fear expressing and fear love, but we so desperately look for it, we need it and want it. I am a voracious reader by nature, and I don't take very long to finish books. But this, has taken me a while because of the emotions it put me through as a reader. I was a transformed woman by the end. Readers journey through each story, each character evolving with it. W...
READ MORE

Unputdownable! That sums up the book in one lovely word! Every page, every scene of the story makes you an active participant because of Andaleeb Wajid's magical style of writing! Simple yet eloquent, funny yet tragic.... You can actually taste, sense, and smell whatever is being made in the kitchen of the three protagonists of the novel! The book leaves you content yet longing for more!
For all of those who think that Muslim cuisine begins and ends with biryani this book is a real eye open...
READ MORE

A must read book...esp for those who loves cooking....even after finish reading this book the characters lives in readers heart...
READ MORE

Three women, three different journeys, three connected lives in three different places tied by a single thread of Muslim cuisine. This is the gist of the heart-warming story painted by Andaleeb Wajid in “More Than Just Biryani”.

Life in a muslim household may not be familiar to most of us. As Andaleeb observes, non-muslims tend to think of the primary cuisine of muslims as biryani. In this foodoir (a memoir based on food), she has set out to correct that opinion by showing that Muslim cuisin...
READ MORE