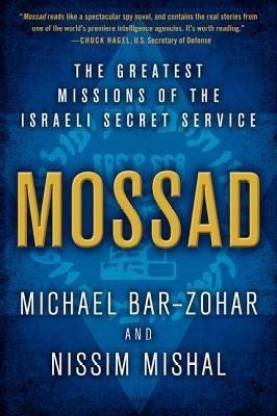 It is the best secret service in the world. However, that also makes it a completely secretive organization: its operations are shrouded in mystery. In this book, the authors finally reveal several dangerous operations that allowed the Mossad to shape Israel and the world. It contains details of clandestine operations stretching over the past 60 years, including the capture of Adolf Eichmann, the eradication of Black September, the destruction of the Syrian nuclear facility and the elimination of key Iranian nuclear scientists. The authors have collaborated with Israeli leaders and Mossad agents to tell the story of a shadowy organization that guards its secrets well. It reveals that Israel’s secret service is definitely one worth reckoning with.

Michael Bar-Zohar is an Israeli historian, politician and novelist. He has also written The Spy Who Died Twice, Hitler's Jewish Spy: The Most Extraordinary True Spy Story of World War II, Ben Gurion: A Biography, Spies in the Promised Land and The Paratroopers Book.

Nissim Mishal is an Israeli writer and TV personality. He has been working with the Israeli state television as a political reporter, Washington correspondent and is currently its director-general. 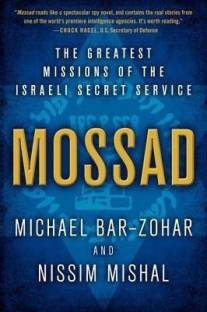 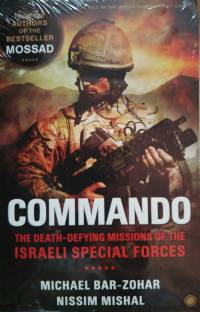 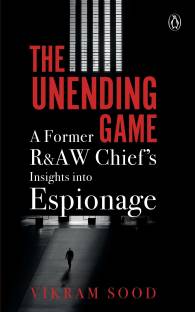 Amazing book and great efforts by The writer in interviewing Ramsad’s and agents. An amazing read and open new outlook towards life, that at very moment so much is getting operationalized in the world. Writer has captured various moments beautifully like a Bourne series movie. And its always great to dig down the history and relate with world news, heard during our childhood.
READ MORE

Excellent documentary substantiated by reports published in newspapers and books. Gripping text. Intelligence of MOSSAD team is peerless and that has been expertly presented by the doyen of journalists...... Prof. P Chattopadhyay
READ MORE

This is perhaps the best book on Secret Spy/Intelligence Agencies and how they function. Mossad is the Israeli secret service agency and the authors have penned here some of the most heroic and brave missions.

I don't have much insights of RAW's functioning but I wish they do like how Mossad does. Meir Dagan makes you look like a real life James Bond. So does Rafi Eitan, Isser Harrel, Ashraf Marwan, David Molad and others. Finally, the one character which I found the best was Elie Cohen a.k....
READ MORE

I recieved this book in a great condition. It was packed well and neat.

I have always had a huge fascination over the intellect of the Israelis and this book just doubled it. One of the best books I had ever read. The narration was very intriguing.
READ MORE

BETTER THAN BOLLYWOOD ACTION-THRILLER MOVIES! It has been written in such a manner that it gives a feel of watching an action thriller, especially the first 10 pages. Fantastic book. My only complaint with the book is that it is too much pro-mossad forces, and thus goes over board at times to justify their actions. So whether u enjoy the book or not depends on which side of table u r on! The delivery guy of Flipkart was not good. He forced me not to check the order and to give him the payment...
READ MORE

I have always been fascinated by stories about Mossad and this is a collection of such tales. Very interesting book and well written. It seems like straight from Hollywood. I am amazed how this tiny country can be so daring. If you are thrill seeking reader then this is a must read. Enjoyed reading the book.
READ MORE

A fabulous read, with great insights into the working of the world's most enigmatic and efficient killing machine. With context and interlinking of explanations behind missions, this is a great start into understanding intelligence networks, special operations and above all, the sheer chutzpah required to even come up with some of these schemes. Rafi Eitan is a legend.
READ MORE

Nicely written with good facts and figures.all chapters are good. worth reading, esp for people who love to read on military operations.
READ MORE

A must read book. filled with trill, vengeance,suspense , espionage
Every chapter have been summarized beautifully
Just Awwwwwwwwweeeesome

With this ,if possible also go for "No Mission is Impossible" by same Authors
READ MORE