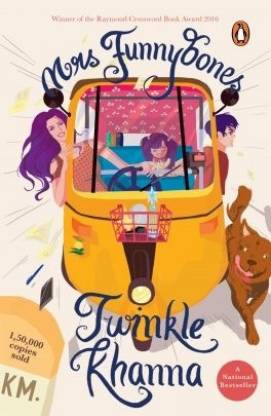 Summary of the Book
Mrs Funnybones: She's just like You and a lot like Me is a fabulously witty attempt by Twinkle Khanna to capture the life of a modern Indian woman who has to organise dinner for her family every evening even though she has to go to work for the whole day. She also has to deal with the constant nagging of her Mummyji who is more concerned about her weight. Mrs Funnybones is a must-read for those who enjoy the awesome blend of sarcasm and humour. 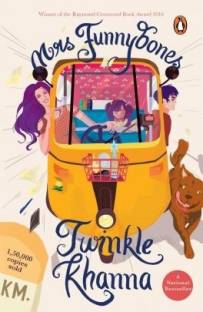 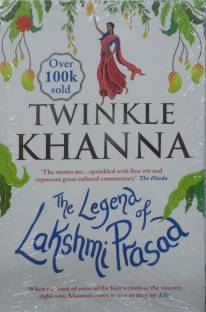 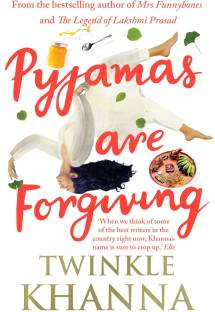 I received the book at 11.30 am and finished it by 6 pm the same day. I am a serious reader as fiction is well past myglory days. At 44 and essentially a 'serious' reader I stick mostly to Autobiographies and likes of India after Gandhi and many such. I was currently reading another serious book 'The Autobiography of a Yogi' when Mrs Funnybones came in. Its a masterpiece! It gave me some respite from serious stuff yet helped me to ponder more seriously on some matters. I also occasionally f...
READ MORE

will keep u stick to it

if u want to laugh and gain fun while reading, then this book is a stop. this is the only book i have completed within a week of buying. thanks to flipkart for delivering at the earliest. every night i would take this book with me on bed and read till i fall asleep with happy thoughts in mind. Twinkle Khanna ma'am has beautifully portrayed the facts of life by comparing to her own in an amazingly funny way...i simple loved the book. the best part of the book was when the author compares life ...
READ MORE

Tooooo good...!! Sharing the funny anecdotes(one is even mentioned in the pic added by me) of her life and the world around(base on her observation), Mrs.funnybones i.e.Mrs.Twinkle Khanna talks about various spheres of her life. She is sometimes funny, sometimes witty, sometimes sarcastic but she will amuse you in every role.Talking about her prodigal son, the baby and the man in the house; she makes the atmosphere around you very light, funny and positive.This book is also recommended for Ne...
READ MORE

Funny, poignant and oh so sarcastic.

Considering that this book has been written by the daughter of a Bollywood superstar, is herself the wife of another Bollywood superstar and has acted in a few movies in her own time, it was no wonder that this got a LOT of media attention. When this book got published, so much of praise and laurel was showered on it. A part of me always wondered whether it was all because of her being a celebrity or has she actually managed to write something good. After one and a half years of pondering, I ...
READ MORE

Humour is ingrained in Mrs Khanna's genes. Every line of the book offers something hillarious. Sttacato burst of laughter & a swift page Turner is what the book is all about. Exceptionally talented auther .
READ MORE

A beautiful book to make your life hard moments bearable

I will be honest I did not know that Mrs Khanna did write Blogs. My wife showed me this book and mentioned that it is good.
I did by this book (no piracy :)) for my wife and not for me.
She did not read it and i wanted a light read so picked this up.
I was surprised, I would never have thought the Twinkle Khanna , the movie star could write so beautifully.

Getting humor into any aspect of life (write , talk, act) is very difficult. but the way she has got humor us marvelous. The small anec...

Some super funny moments which could make you laugh

To begin with, I loved the title and the cover page. The former is wacky and the latter is catchy. And the author’s name is sure to attract many potential readers.
Mrs Funnybones is a tiny book with several little chapters where the author has talked about her teenage days, times when she was acting, her married life and most importantly her children. There is a sense of realism all through the book. Some words profound.

Writing about the trivial matters that happens in day to day li...
READ MORE

Ms. Khanna does a very good job at transporting her readers to a whole new imaginary world. The book will satisfy you to the core and above all laugh you because as she truly said,'she is a lot like you'. I thank the author for bringing to us a different genre of book that is hard to be churned out from other Indian authors.
READ MORE

Loved it. A simple light hearted book. It describes her view of life. Also her work life and managing the house. The stories with her children and the appearance of the man of the house in between certain scenes were also beautifully described.
READ MORE

I love watching her interviews but didn't read the book when is was out..now ordered all her books abd hv finished two already..love her wit and wish I could ever write like her..her book pyjamas are forgiving and Mrs funnybone are worth it..must read..
READ MORE