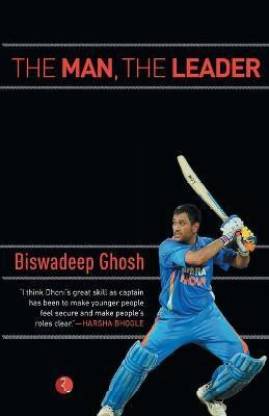 MSD: The Man, The Leader, by Biswadeep Ghosh, talks about Dhoni’s struggles during his early years, examines his cricketing career and his role as a captain par excellence.

Generations will remember Dhoni for hitting that spectacular winning six for India in the finals of the 50-over World Cup in 2011 against Sri Lanka. Even more miraculous is the hope that he has given to many aspiring cricketers across India as a true legacy. Born in the lap of poverty and having struggled through numerous adversities, Dhoni’s growth from being just another small-town boy to captain of Team India is now a case study in business schools. With matchless grit and self-belief, Dhoni led India to ICC World Twenty20, ICC 50-over Cricket World Cup, and ICC Champions Trophy triumphs, as well as the number one ranking in test matches. Although he has had his fair share of disappointments, it has only served as another motivation to work harder and emerge victoriously. This title studies Dhoni’s innate leadership abilities by speaking to celebrities from different walks of life, including Vineet Nayar, Harsh Goenka, and Dhanraj Pillay. Replete with examples of Dhoni’s strong individuality and influencing leadership, and marking one decade of his entry into the Indian cricket team, MSD: The Man, The Leader will reinforce a belief in the readers.

Biswadeep Ghosh studied English literature and Indian classical music before entering the world of print media. He has a vast experience of working with Outlook, Hindustan Times, The Times of India and Magna Publishing. He has compiled the biographies of Shah Rukh Khan, Salman Khan, Aishwarya Rai and Hrithik Roshan, among other books. He is currently working as the consulting editor of Samay Live website and a columnist for Swarajya, and also frequently contributes to many other publications. 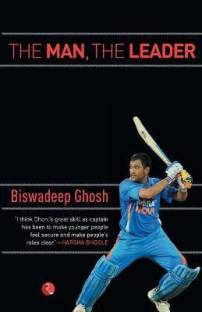 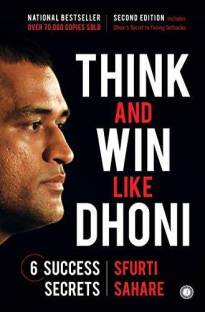 Mahendra Singh Dhoni is a great cricketer(keeper batsman) and also was a captain of indian cricket team. India won a world cup after 28 years, by his great captaincy. He struggled for his cricket life. MSD's biography is such a inspirational story for all indian. Author biswadeep ghosh written this biography book by very easy english language. Book's page quality is just awsome.. Well packeging by flipkart. Must Buy this book from flipkart to get minimum 30% discount.
READ MORE

I would suggest you to read this book only if you dont follow dhoni,if you dont know his lifestyle or or if you haven't watched his movie and you want to know him.......If you are an vivid MSDIAN this book is not for you nothing new to know about dhoni in this book everything written in this book is a known fact if you follow him regularly.......Apart from that Great binding....Great delivery.....!!!!!
READ MORE

Such a inspirational story.......suggest to buy
READ MORE

it's all about Dhoni . our Bangali Babu Biswadip Ghosh write this very fluently in a very easy English manner. Dont be worried, buy the book.
READ MORE

This Book Inspires Us. Every Man should learn from THE BOSS life...He teaches us to be calm in difficulties and this book teaches to be with your dreams
READ MORE

This book is fantastic for MS Dhoni fans
READ MORE