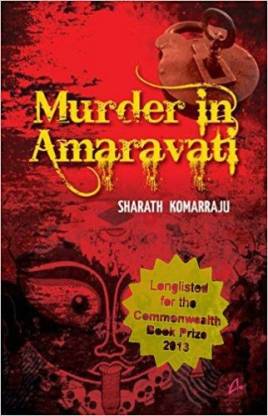 Set in a sleepy hamlet of Andhra Pradesh, Murder in Amaravati is a nail-biting crime thriller by debutant author, Sharath Komarraju.

Padmavati, a beautiful young village hostess and the most desirable woman of the village is found brutally murdered in the inner sanctum of the Kali Temple. She was the desire of every man and the envy of every woman in the village. She charged by the hour - her laugh, her advice, and her empathy - every favor from her had a price tag on it. Head constable Venkat Reddy is put in charge of the case. He has never solved petty crimes and here he was trying to solve a complicated murder case. Venkat Reddy is at his wits end trying to figure out how to start with the investigation, but the equation before is crystal clear - seven suspects, seven motives and one murder! Will Venkat Reddy be able to solve the puzzling mystery of the murder in Amaravati?

Sharath Komarraju is an author and IT professional. He spends eight hours testing software and two hours writing fiction. He has published several mystery short stories in Pratilipi, a bilingual, quarterly online magazine. 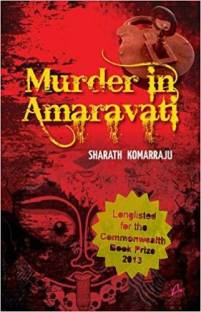 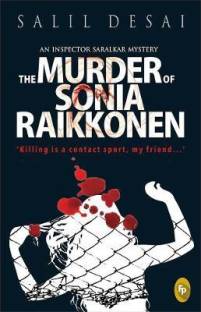 It is the same April. It is the same summer. It is the same me. Only one difference is it is about 18 years ago. That's the time when I started reading books (really too late, I agree). Those were Tamil novels. And, those were crime novels by Pattukkottai Prabakar & Rajesh Kumar (google for them if you don't know). From that time on, crime novels have become a passion for me (yes, over a period of time, the genres expanded, but there is no way you can take out "crime" from that list). Sharath...
READ MORE

Donno why this book is not in the bestseller list. What good does college humours and romance girly novels., this is one of the best mystery novels in the country. It requires lot of talent to frame the story. the writing was soo lucid and all the loose ends were trimmed which itself is a great art. Sarath you have more potential. never stop these wonderful pieces of art coming
READ MORE

As someone mentioned above, I am not really sure why this book is not more popular. It ought to be!! It is much better written than at least some of our other bestsellers.

This is a perfect murder mystery, full of twists and turns that will keep you hooked and guessing. The simple case just gets murkier and murkier as newer characters are introduced and we slowly realize that nothing is what it seems. The denouement or the unravelling of the mystery is very satisfying as it ties up all the ...
READ MORE

Feel like I've now visited Amaravati. The author gives you a perfect sense of what it - and probably what other villages in India are like.

The story itself was very interesting, well developed & well concluded. Each character was built up in depth. Brilliantly written. Full marks from me.

Sharath Komarraju is now an author to watch out for on my list! I've already bought his next book (Banquet on the Dead) & preparing to read it now!
READ MORE

Perfect suspense reader I have met in the recent times!!! Best book if anybody is looking for a quick read. Plot is amazing with lot of twists. I appreciate author's writing style. Book is every inch Indian and awesome presentation.
READ MORE

Well thats the lesson Mr Sharath taught me through this book. I am grateful to you and congratulation. Way to go Sharath!.

When I first ordered this book, what possible suprise can a writer present to a person like me who devoured the works of ACD,Forsyth and many other authors.

So I took up the book with same interest what a professor might have on his juniors fellows thesis.

I willed myself that I will form a theory before I reach to the conclusion.

What I didnt count in much like the ...
READ MORE

It is my first novel which i have read, I like it very much ,except two points the whole story is very well connected and written.if u r looking for a good mystery novel go for it,(as on bomkesh bakshi etc serials r made so u might know there endings)
READ MORE

This one is real good. I was very skeptical at first buying Indian authors for Murder Mystery !!!
But this book has really met all my expectations and author has kept the mystery right till the end. Ending was unexpected but very logical and I could hardly find any open thread. All in all this book is good and an interesting mystery.
READ MORE

SERIOUSLY I DONT KNOW WHY THIS BOOK IS NOT THAT MUCH POPULAR????

I have read many mystery books,but this one is the best in its own way..The author took a simple story and narrated in a way which everyone can easily understand..And the author will make you think at each and every page of the book..The thing is that at the end of book i nearly felt my heartbeat increasing as i am going to find the murderer...Congrats to Sharath Komrraju...
GO FOR THIS BOOK YOU WON'T REGRET...........
READ MORE

The author has used his knowledge of traditional India pretty well. And the thriller- it's perfect. Characters are detailed, and plot is solid. The suspense is steady, the story and simple with plenty of twists. Worth reading.
READ MORE