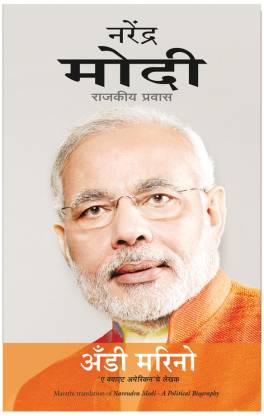 This book contains some exclusive details from one among many one on one interviews between Andy Marino and Narendra Modi. Find out more about the man who brought about a lot of interesting changes in Gujarat and get a peek into his personal life.

Narendra Modi is today a controversial figure in India and abroad. His popularity has reached great heights, but many of us still don’t know a lot about the man who first transformed Gujarat and is now making efforts to help India become a better nation. This book is the result of interviews that went on for more than a total of ten hours between the author and Narendra Modi. This book will help you get an idea of his inner workings and means of governance. It also gives readers an introduction to his childhood and his growing years.

Andy Marino is a British writer and Television Producer. He has also written: A Quiet American and Herschel: The Boy Who Started World War Two. A PhD. holder in English Literature, Marino enjoys traveling.

Read More
Specifications
Book Details
Contributors
Dimensions
Ratings & Reviews
4.8
★
5 Ratings &
0 Reviews
Have you used this product? Be the first to review!
Have doubts regarding this product?
Safe and Secure Payments.Easy returns.100% Authentic products.
You might be interested in