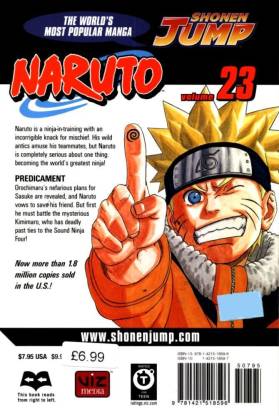 Naruto continues to chase Sasuke who has been kidnapped by the evil Orochimaru and his allies: the Sound Ninja Four! Be a part of the action in the 23rd Volume of Naruto, Masashi Kishimoto’s bestselling shonen manga series.

Sasuke has been kidnapped by the Sound Ninja Four. Naruto, Kiba, Choji and Shikamaru. Shikamaru’s plan has worked, and Naruto manages to retrieve the coffin containing Sasuke. However, Sakon attacks Akamaru in fury, making Kiba attack him in return. As Naruto flees with the coffin, a dangerous new enemy appears, wielding his own bones as his weapons: the greatest disciple of Orochimaru, Kimimaro of the Kaguya clan! Can the Konoha Ninjas stand up against this behemoth whose Bloodline Limit makes him an expert at Taijutsu?

Masashi Kishimoto is a Japanese mangaka. He is best known as the creator of the Naruto manga series which is currently ongoing in the Weekly Shonen Jump magazine in Japan.

He is the elder twin brother of Seishi Kishimoto who created the series 666Satan and Blazer Drive. Besides Naruto, Kishimoto has also worked on the following one-shots: Karakuri, Bench and Mario. Naruto has since been adapted into two award winning anime series: Naruto and Naruto Shippuden. The seventh volume of this series is the first manga ever to win a Quill Award for Best Graphic Novel.

Naruto and his friends are neck-deep in danger as Kimimaro becomes unstoppable. However, they might just receive some unexpected help from a souped up Konoha ninja with a drinking problem and some rather strange allies of the village of Konoha at the nick of time. But is it going to be enough: find out in Naruto Volume 24, Crisis, Crisis, Crisis!!

Konichiwa, young ninjas! This volume picks up immediately after the events of Naruto anime episode 118 - Formation! 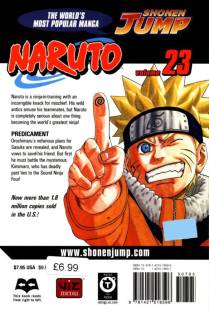 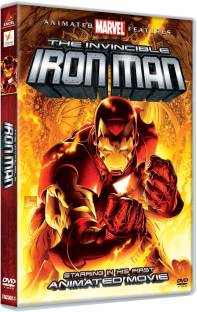 The Invincible Iron Man
₹399
1 Item
₹547
1 Add-on
₹399
Total
₹946
Have doubts regarding this product?
Safe and Secure Payments.Easy returns.100% Authentic products.
You might be interested in

Other Comics
Min. 30% Off
Shop Now