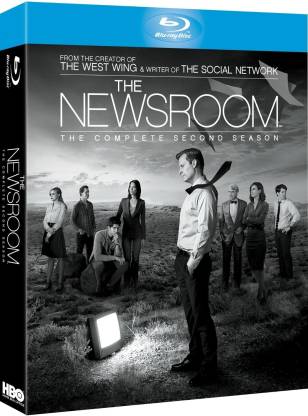 Created by Aaron Sorkin, The Newsroom is a drama TV series that stars Saturn Award-winner Jeff Daniels, Emily Mortimer, John Gallagher, Jr. and Alison Pill. The Newsroom tells the story of a fictional cable program with a great mission - bring back honesty and ethical journalism to news. Centred around Will McAvoy, a complacent news anchor, this TV show follows Will as he is shaken beyond belief after his former lover, MacKenzie McHale, enters his firm, Atlantis Cable News, as an executive producer. Now, Will, along with a motley crew of co-workers, attempts to do something about the dire situation that fate has landed him in.