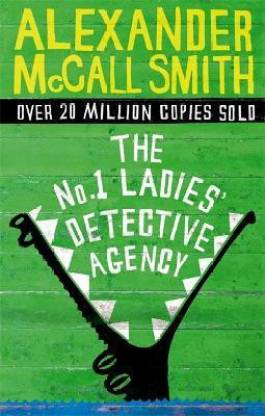 Precious Ramotswe is the protagonist of The No. 1 Ladies’ Detective Agency. She is portrayed by Smith as a divorced and overweight woman, who is keen on setting up a detective agency so that she could help the people in her community with their problems. Becoming the first lady detective in Botswana is no small feat, considering Precious lives in a society where there are clear rules about what women can and cannot do. After her father passes away, Precious sells the cattle she acquires in her inheritance and buys a house. She also manages to afford a room and a sign, from where she intends on doing her “detective work”.

Unlike the murder and bloodshed that readers are so accustomed to in typical detective novels, the focus of Smith’s novel is on character development. It is not to say that mystery and suspense are void from this story. In fact, there are many edge-of-the-chair moments during the course of the story, especially when she is hiding in a van awaiting a killer. The witty and intuitive Mma Ramotswe is able to solve mysteries within two chapters of the novel, but it is her outlook on serious matters and her sense of humour which Smith focuses on in his novels. Apart from Mma Ramotswe, readers will encounter other memorable characters such as Mma Matsuki, the assistant, and Mr. Matekoni, the talented mechanic.

Through her unconventional methods and uncanny intuition, Mma Ramotswe will take readers along as she attempts to find a child who has been kidnapped by witchdoctors. The No. 1 Ladies' Detective Agency was the recipient of two Special Recommendations from Booker Prize judges. The Times Literary Supplement voted this novel as the International Book of the Millenium and Year.

Alexander McCall Smith is an author and Professor Emeritus, who hails from Bulawayo, Rhodesia. He has authored numerous series. Some of these series are 44 Scotland Street, The World According to Bertie, Tea Time for the Traditionally Built, The Careful Use of Compliments, The Sunday Philosophy Club, and Corduroy Mansions.

Smith completed his Ph.D. in Law from the University of Edinburgh. He later became a Professor of Medical Law here before becoming a Professor Emeritus at the University’s School of Law. Smith received many awards and accolades for his contributions to medical law and literature. The most notable award was when he was appointed as a CBE for his literary contributions. He also received the Doctor of Laws Honorary Degree from the University of Edinburgh. Smith’s wife Elizabeth is a physician. They reside with their family in Edinburgh, Scotland. 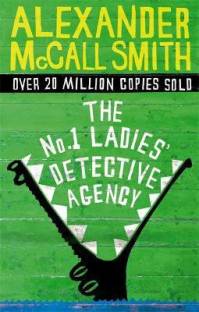 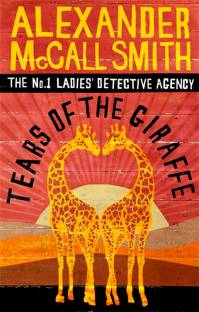 A book About Everybody

First in the series of his books about Botswana, Alexander McCall Smith weaves a tale that will find the reader responding to the superbly portrayed poignancy of everyday life - of people who are found everywhere- scoundrels and cheats, quacks and quirky friends,the daily rituals of life at their supramundane best and at the heart-the stuff best novels are made up of - a love story- between Mma Ramotswe,the quintessential liberated african woman and Mr J.L.B Matekoni,a mechanic and a gentlem...
READ MORE

The best book ever!!

If you are the type of person who loves to smile often, have a positive attitude, likes to spend time on quality books, then this series is for you. Go ahead and have this book. Its so entertaining and funny. Mma Ramotswe is a prime example of an almost perfect human being. The way she solves all the mysteries with funny outcomes is worth reading.
READ MORE

This book is Africa Personified. Every character, every incident ultimately etches out the character, Africa. The main protagonist is extremely endearing and she goes about her business as smoothly as a knife in butter. You will fall in love with her, her friends, the people she catches, her methods, her environment and even her white little van.

Through this book you undertake a journey into the warmest heart of Africa. This journey is a lazed out journey with magnificent views, wonderful p...
READ MORE

This book is set in Botswana, Africa. This is by itself a good qualifier to want to read it. What's better is that it is written well, by a white man who seems to know the place, culture and people intimately. The best part is the woman who sits in a prominent place in the book, Mma Ramotswe, the only lady detective in the country, who solves people's troubles in a street-smart, wise way. Wish this lady was for real. It was hard to say goodbye at the end of the book. It's like an old friend y...
READ MORE

Pretty ok book. Not so much of a mystery or thriller, though.
READ MORE

Such an wonderful book!
READ MORE

Though the book is not about heavy duty mystery solving, nor does it have twists and turns or highs and lows, nothing to keep you on the edge, what still makes it entertaining is the protagonist Mma Ramotswe. Her easy manner and positive attitude makes her an endearing character. Its funny how everything keeps falling in place for her as she takes on a case (some cases even have rib tickling outcomes) and she never has a tough time solving one.
READ MORE