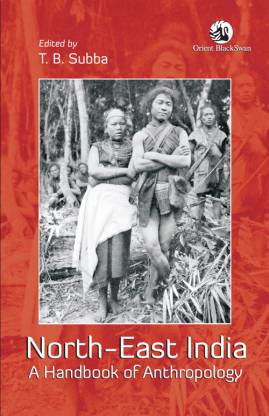 Sold Out
This item is currently out of stock
Author
T. B. Subba
Read More
Highlights

The first section of the book deals with the prehistoric archaeology of North-East India and discusses the status of archaeological research in the region. The chapters in the second section reconstruct the colonial context in the light of the then socio-economic and political scenario of the country in general and the region in particular, the evolution of various colonial policies towards the tribes of the region, also giving us a glimpse of Hutton and Mills as ethnographers and administrators. The following section focuses on approaches and models of physical anthropology of North-East India, understanding human growth, dermatoglyphics, dental anthropology and population genetics. The last section probes into the social-cultural anthropology of the region with chapters on tribal social organisation and agrarian relations, among others.

About the Author
T. B. Subba is Professor and Head of the Department of Anthropology, North-Eastern Hill University, Shillong.

Table of Contents
List of Tables and Figures
Acknowledgements
Introduction by T. B. Subba
Part I: Prehistoric North-East India

Read More
Specifications
Book Details
Contributors
Have doubts regarding this product?
Safe and Secure Payments.Easy returns.100% Authentic products.
You might be interested in