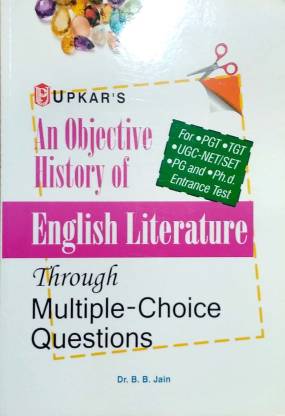 An Objective History of English Literature Through Multiple-Choice Questions for UGC-Net/Slet,Tgt and Pgt (English, Paperback, Jain B. B.)

An Objective History of English Literature Through Multiple-Choice Questions for UGC-Net/Slet,Tgt and Pgt  (English, Paperback, Jain B. B.)

An Objective History Of English Literature: Through Multiple-Choice Questions For UGC-NET/SLET, TGT & PGT brings out the complete history of English literature. The book covers all the relevant aspects of English literature like the important literary ages, literary forms, literary schools and movements, and prominent authors, and has multiple choice questions at the end of each section. It has ten sections in all. The first section covers the Literary Ages. This section covers the Age of Chaucer, the Augustan Age, the Elizabethan Age, the Victorian Age, the Romantic Age, and the Modern Age. The second section is on Literary Schools And Movements. The Oxford Movement, the Romantic Movement, The Reformation, and the Renaissance are some of the topics covered. The second section is followed by detailed parts that are titled Poetry And Its Major Forms, Drama And Its Major Forms, Prose And Its Major Forms, and Novel And Its Major Forms. The seventh section is titled Literary Theories And The Major Schools Of Criticism. Under this section, English, Greek, French, and Roman critics are discussed. Detailed accounts on many eminent authors are covered in the eighth section, and Rhetoric And Prosody and Figures Of Speech constitute the final sections of the book. This book is useful for candidates who are appearing for competitive examinations.


Other books written by B. B. Jain for the students of civil services examinations include U.G.C.- NET/JRF/SLET English (Paper III), Modern Techniques of English Translation, Learn to Write Correct English, and Hand Book Of English Verb Patterns and Sentence Structure. 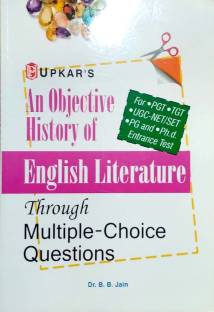 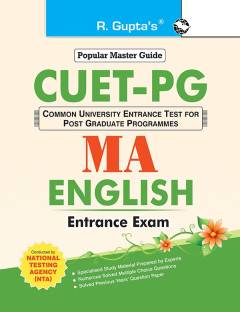 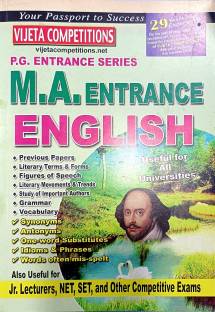 Mind Blowing ....
It is very easy to learn about all the ages and authors of English Literature and their works ....
°Pages are also good ..
READ MORE

Very nice book., Especially when you want to prepare any entrance xm in some times.,,BHU purpose it's very good..
READ MORE

a very helpful book.
it'll help you have an entire overview of English literature and it provides you with total 1721 MCQs which utterly helps to qualify entrance.
READ MORE

It's a brief presentation of questions & answers, but most of the topics were covered. It is a beneficial book for the NET aspirants...
READ MORE

Good but nothing fancy

Helpful..for those who are willing to crack NET
READ MORE