Hurry, Only 4 left!
Coupons for you

Description
'Everything I thought to be true about life, its meaning was challenged after meeting Swami. It was reduced to dust. Soon I had to admit that there were things far beyond the scope of my rational mind.' What is it that draws one to a mystic? What is it like to know at close quarters a man whose powers are beyond the conscious mind? What does it feel like to be fulfilled spiritually, to feel understood, to stand revealed? As Ismita Tandon and Swami Vidyananda Om explore their feelings for Om Swami, their baffling experiences with him, a secret world of mystical phenomena lights up. They talk about the intimacy of their daily lives with Swami, observing his sheer power, his simplicity, his empathy for every living creature he encounters and the care with which he chooses every word he speaks, no matter how big or small the matter. They speak of his beauty, his divinity. What emerges is a moving portrait of devotion and trust, and the startling image of a saint who was able to inspire such depth of feeling.
Read More
Specifications
Book Details
Contributors
Dimensions
Frequently Bought Together 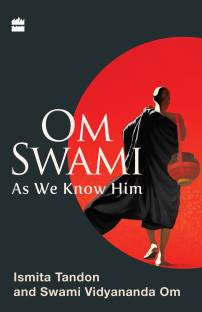 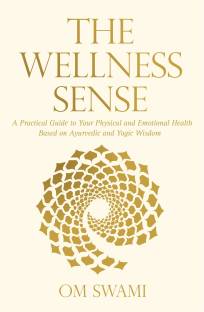 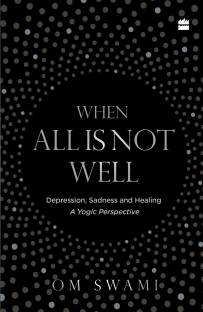 A Gift for the Swami Devotees.

My Sincere and heartfelt thanks to Sadhvi JI and Swami Vidyananda om for giving us this gem of book, singing the glories of our lord.

Both the parts by Sadhviji (Ishmita Tondon) and Swami Vidyananda Om Just Enchant you can actually see it happening in front of you.

Go get it.
READ MORE

This wonderful book is full of personal anecdotes by Ismita ji and Swami Vidyananda Om ji. They share their respective personal journeys under the light and love of Swamiji. This book made we laugh, cry, made be believe in divinity, and put me in awe. It gave me glimpses of the Divine who Swamiji really is in the words of his disciples, and the love, care, and compassion that Swamiji bestows selflessly on all those who seek him. The way a Mother and Father loves their dear child. Reading this...
READ MORE

A must read after "A Monk's Memoir"

This book is an honest account of the immense grace that Swami Ji showers on one and all. Its an intricate work; where real life stories of Swami Ji's grace are meticulously weaved with the authors' personal journeys with HIM.

It also shows what real love for the Master/ God can do. Through the end, it will satiate as well as increase your curiosity to know more about Swami Ji. Thoroughly enjoyed it and recommend it to all the devotees.
READ MORE

This book reassures your faith in the fact that real mystics exist and if you're lucky enough you might get to meet one too and that they can make your miserable life better.
READ MORE

The words written in this book are yard to believe but by seeing swami ji videos and his books I think its possible. Every one should read this book as we will only gain from it.
READ MORE

Awesome experience, a must for all the spiritual souls.
READ MORE

Very good book, need to read at least once in your life
READ MORE

A good ring side view

An interesting and insightful book written by those who are close to him. An enjoyable read.
READ MORE

0
0
Permalink
Report Abuse
+
All 14 reviews
Have doubts regarding this product?
Safe and Secure Payments.Easy returns.100% Authentic products.
You might be interested in