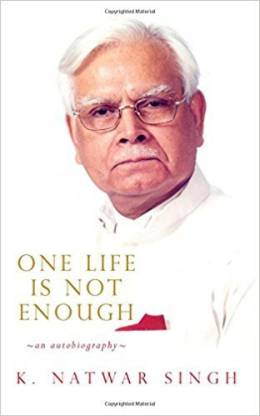 One Life is not Enough - An Autobiography (English, Hardcover, Singh K. Natwar)

One Life is not Enough - An Autobiography  (English, Hardcover, Singh K. Natwar)

Ek Hi Zindagi Kaafi Nahi is the Hindi translation of the Natwar Singh’s autobiography titled One Life is Not Enough. The author presents a detailed account his life as a bureaucrat, politician, and cabinet minister. He writes about his experiences as a vital player in Indian politics and sets the record straight on several issues, including the Volcker Report controversy. Natwar Singh joined the Indian Foreign Services and served as a bureaucrat for over three decades. He became an integral part of the Congress Party in 1984, and was inducted as a Minister of State in Rajiv Gandhi’s council. In this explosive memoir, the former cabinet minister writes about his experiences in various ministries. In his glittering career, Singh has been a part of some of the most epochal events of independent India. Natwar Singh was very closely associated with the Congress Party and in 2002 when the party came back to power, he was appointed as the Minister of External Affairs. His eventful career came to a controversial end when his name appeared in the Volcker Report in 2005. This forced him to resign from the cabinet and eventually from the Congress party. He also talks about his stint in the MEA when he witnessed the Indo-China talks that concluded in the war of 1962. Natwar Singh also talks about Pakistan under the rule of Zia-ul-Haq and Indo-USSR relations among other controversial and sensational topics. This book will make for an engaging and intriguing read for those interested in the life and career of Natwar Singh.

Kunwar Natwar Singh was born on May 16, 1931. He studied in some of the most reputed institutions including the Corpus Christi College, Cambridge University and Peking University in China. After serving in the IFS for about 31 years, he joined politics. He was honored with the Padma Bhushan award in 1984. Singh was a cabinet minister and served as the Minister of External Affairs of India, until his resignation, post the Volcker Report controversy. 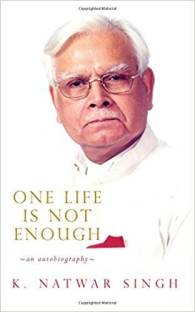 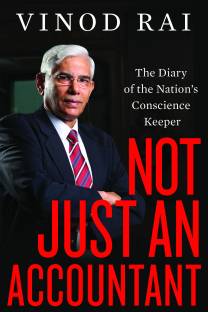 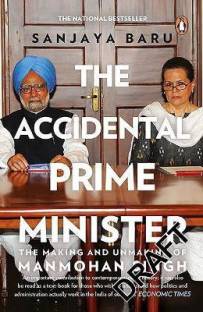 One life is enough

I'm fond of the author for his elegant prose and wit. The book is a sum of many parts; those many parts were part of his earlier books. Therefore, the book in part is a rehash and interest flags. I have liked the author's style of writing. I had not read about his early life before. So, that part is riveting. The piece on Rajiv is charming, written with great warmth. The piece on Morarji was there in Walking With Lions and yet it made me read it with intterest again.
The author took upon the...
READ MORE

Still, I have not read the book .However ordered for the same has been placed at on-line book store " Flipkart. Only read the book' summary that has appeared at the site of Flipkart.If Natwar Singh has honestly written the book or reveals all truths, then, it is ok.Common people of India should know the leaders that ruled or rule India.People generally genuinely want their leaders to be honest and faithful for the sake of good governance. To some extent, India is yet to tas...
READ MORE

It's a fantastic book giving the reader an insight of what happens in foreign service and politics..the book has evoked more interest in topics which were touched upon but not dwelled in detail..The Srilankan saga was very informative ..The journey from Nehru to Sonia , the muddle crossing at every stage and slippery diplomatic pathway..wow..kudos to Natwar Singh..you cannot have a better person for foreign policy .
Wish him good health and long life and await his next book..cheers.
READ MORE

One paragraph or one page is not enough to describe the beauty of language Natvar singhji used in his autobiography One life is not enough. Not going too much deep in to his personal life, he has made an honest attempt to caricature his official life in his inimitable style of writing. Every anecdotes he uses to describe his encounters with the who is who of the world takes Natwarsingh to the top of seasoned diplomats our country has ever produced.

A person who stood shoulder to shoulder ...
READ MORE

If you would like to know about bureaucracy and what they do, how they do and how they influence with political leader, if good book for you otherwise it's boring. First few chapter is very boring, since they have talked about their childhood, i think one is care about that. Most of people bought this book for Sonia Gandhi controversy but nothing much for the same, if you are looking only that part , so i would not recommend you.
READ MORE

Natwar Singh's personal accounts, diplomatic ventures and political anecdotes - all are captivating. I like the mastery of the author's English language. His erudition and wide reading of a variety of books sparkle all through the book. The only odd thing I found in the book is that he has quoted the author of the book "To kill a mocking bird" as Gregory Peck instead of Harper Lee. Even Homer sometimes nods...
READ MORE

All are good except last 2 chapters. That 2 chapters are only reports.
Good photos. Best narration. could have added a little bit of humorous family and political situations
READ MORE

Only an Indian could have written this book

Even for people who have not read the book, the title of my review would surely ring somewhat familiar. It is indeed a play on the line from this book that created much controversy prior to its release. However, this book is far more than just a tell all about the Gandhi family, indeed the "Family" is just a facet of this book.

Natwar Singh's book, penned beautifully by the former diplomat himself, is a thoroughly engaging account of a life that many of us would envy. Singh's bureaucratic li...
READ MORE

The author of this book is a well known name who had been a highly influential face of Indian politics. The book is enough interesting and reveals truth and also transpires the some real facts related to Volker saga before the reader. - A must read book.
READ MORE

Unputdownable! One book is not enough, Mr. Singh

Honest and upfront with an engaging narrative style, Mr. Singh's book is packed with anecdotes and amusing insights into the people who walk the corridors of power. A no-nonsense man, he does not shy away from calling a spade a spade. His admiration for the Nehru family rubs off on the reader. Clearly, Mr. Natwar Singh looks up to character and integrity.
READ MORE