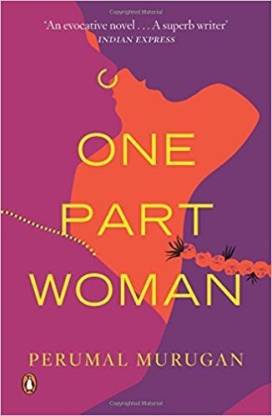 One Part Woman is the English translation of Madhorubagan, a Tamil novel by Perumal Murugan. Much debated in the recent past for its content, the novel is based on ancient cultural practice among Tamil Hindus. It depicts the story of a childless couple that has a strong urge to have one, with judicious sensitivity, gentleness, and anguish by turns.

Kali and Ponna have a strong desire to have a baby, but all their attempts at it are failing. They are disturbed by the constant insult they face from others. Their remaining hope starts converging on the chariot festival that happens at the temple of the half-female deity, Ardhanareeswara. According to the festival, rules imposed on sexual intercourses on any other day are relaxed for the night, and the consensual union between any man and woman is given consent by treating it as a human act. Will the night put an end to the couple’s longtime suffering and mortification or have an adverse impact on their marriage?

Perumal Murugan is a famous contemporary Tamil scholar, poet, author, and literary chronicler. He works as a Tamil Professor at the Government Arts College in Namakkal. Two of his novels have been translated into English and have been widely commended. One of them - Seasons of the Palm - was shortlisted for the famous Kiriyama Prize and the second novel is called Current Show. He has been honoured with several awards and accolades from the Tamil Nadu government and Katha Books. 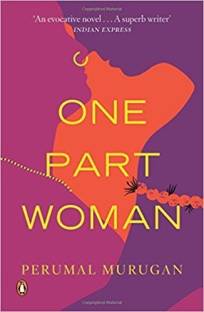 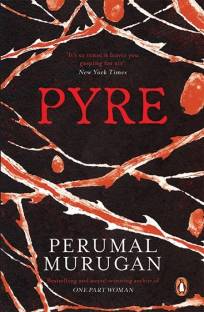 Bought with an intention of finding out what is there for people so much to bother about, and got disappointed on that particular front as i could find none.

Beautifully written in backdrop of rural scenario of Tamil Nadu and brilliantly woven in fairy love tale of Kali & Ponna, the novel is about couple's tireless efforts of conceiving child and mental & emotional stress dealing with stigma attached with childless couple in society.

i ordered the book on 28 Dec 2015 Flipkart delivered me on 2 Jan 2016. Flipkart service is always nice and smooth. thanks for providing me the book at an affordable price i.e 183..
About the book:
it is a story of a childless couple whose name is Kali and Poona.Kali married Poona 10 year ago but they are still childless. it is a book about his and her suffering, humiliation etc.
pros of the book- its story based on the culture of village. a couple who works on the bar...
READ MORE

The book reached my hands in due time and in good condition. The packing was not bad. Good book. Good price. The paper used for printing was not that good. But I dont take this seriously.
READ MORE

Read it only because of the controversy

I read novels rarely. I decided to read this only because of the controversy. Thanks to Hindutuva outfit who made this book popular. Reading the translated version is a curse for anyone who can read Tamil. Translator did a good job as I can feel the Tamil expression while reading in English.
It is fascinating to read this story of childless couple in pre-indepedence cultural backdrop. It is a very good read.
READ MORE

The is a very good book. The good narration of the customs and cultural aspects especially in villages is excellent. Story is well told. Every body should read this book. I liked this book.
READ MORE

A window to another world:)

I bought this book to show solidarity with the author after he was bullied by right wing elements and forced to apologise etc.So this was my statement for freedom of expression. i am against banning any book.And I am glad I did,else i would have missed reading a wonderful book:)

The prose is superb and I can only imagine how beautiful it must be in original tamil. The descriptions of the village and temples and festival crowds etc are superb..makes one feel like going there and being a part ...
READ MORE

I am not sure why the reviewers didnt like the book.
I feel the book poignantly captures the tensions and social stigma faced by husband and wife without children. This book may be hard to related in this era of fertility centre and artificial birth techniques.

But human striving to have a child is highly biological especially to a women , its not so easy to contain. Hence all societies especially tribal societies had myths and rituals to have children by having sex with other person. The p...
READ MORE

Excellent book and one of the best I have read recently. The last chapters wherein the author narrates the predicament of the couple is terrific and I am unable to shake off the emotional turmoil it created in me, even now. Sad to hear that he was forced to stop writing .Hope he will come out of the problems created by this book and write its sequel. Highly recommended.
READ MORE

A must read - though not so controversial

Let me be honest, that i picked this book only to know the reason behind the controversies related to the book.

And let me thank all those people who created the controversy, cos I would have missed a great book if they had not done it. The book is definitely a great read.
The novel is all about Ponna and Kali and their life. They don ahve a kid seems to be a huge problem to the society than theirs. The novel covers the pain and anguish in a relation, the insecurity of a loving husband.

3
1
Permalink
Report Abuse
+
All 48 reviews
Questions and Answers
Q:Is this book is in hindi ?
A:NO
SPECTRAL
Flipkart Seller
1
0
Report Abuse
Didn't get the right answer you were looking for
Safe and Secure Payments.Easy returns.100% Authentic products.
You might be interested in