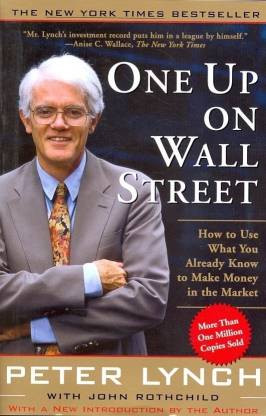 One Up On Wall Street (English, Paperback, Lynch Peter)

One Up On Wall Street  (English, Paperback, Lynch Peter)

One Up on Wall Street, written by Peter Lynch with John Rothchild, is a bestselling book that discusses how to use what you already know to make money in the market. It serves as an extensive guide for investors.

Peter Lynch is America's most famous money manager who asserts that average investors can become specialists in their own fields. He says that they can choose winning stocks as competently as Wall Street experts by do, only if they do a bit of their research. In this edition of One Up on Wall Street with a new introduction, Lynch says that by merely observing business progresses and keenly noticing our immediate world, we can determine potentially prosperous enterprises even before skilled and trained analysts do. Lynch was the former star manager of Fidelity's multibillion-dollar Magellan Fund, and he explains in this book how he achieved his spectacular numbers by sharing his own experiences. He proposes easy-to-follow instructions for categorizing the long shots and the no shots by studying a company's financial reports and by specifically being aware of the numbers that really matter. Written with John Rothchild, Lynch’s insights prove to be the best guidelines for investors to do exceedingly well in the ever-changing market.

Peter Lynch is the esteemed Vice Chairman of Fidelity Management & Research Company and one among the Board of Trustees of the Fidelity funds. He has co-authored, with John Rothchild, some of the bestselling works like Beating the Street and Learn to Earn. He currently lives in the Boston, United States.

John Rothchild was associated with Time and The New York Times Book Review. He has also penned A Fool and His Money. He currently lives in Miami Beach, Florida. 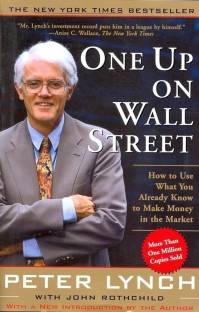 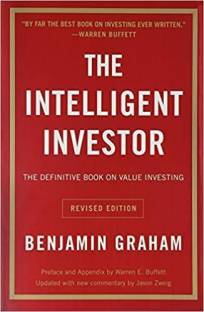 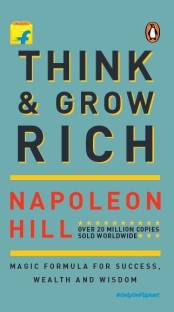 One Up on Wall Street is the best investment book which I have read till date. It is a fascinating story of how the greatest investor of the world - PETER LYNCH thinks and applies himself. It is amazing to see how easy he makes it look. Its truly a good read, and he has become an inspiration and idol for me. He will be a person whose principles I will keep in the back of my head when trying to make a career in this industry. Truly a MUST READ for every person, whether he looks to make a caree...
READ MORE

Easy to approach read for newbies

The author was the legendary fund manager of Fidelity's Magellan mutual fund, and his investment record still stands unmatched. This book is written for absolute newcomers to the stock market, with a low emphasis on numbers and a focus on avoiding basic investing fallacies and busting some common myths. Mr Lynch has given several examples of how one does not need to go out of one's way and latch on to so-called expert advice (..cough..Moneycontrol.com.. cough..) to make proper investment deci...
READ MORE

The best book for complete newbies to get started. I suggest people read intelligent investor by ben graham after reading this book and investing for some some months. These 2 books are enough and you don't need any other book, all you will need is intelligence and experience after that.
READ MORE

this book has changed the way i looked at investment , it has cleared many concepts which i was confused with . The best practical guide you ever need in selecting a stock .
Not for traders , but for fundamentals . the best book i can recommend in stock market ...even better than bengamin , warren buffett and fishers..
a must read -- trust me
dont read once but many times with underline the imp points , and slowly you will see that you can reason put the concerns with a stock price and its...
READ MORE

Nicely written book giving good knowledge and benefits of long term investing. It specifies how to stay away from Futures and Options and stick with good fundamental stocks. Good tips for long term investors with examples of Peter's real life examples.
Too many examples sometimes make a bit boring but it's worth reading. At the end it is clear what the author wants to communicate which is invest for long term based on earnings, earnings & earnings. Reading balance sheet, annual reports could ...
READ MORE

Every investor should read this book several times. I am so unfortunate that I have come to know about this book in my old age and read this book late in my investment life....a great book can change your attitude, style and make you rich or at least save your money from being wasted....but the paper quality of this book is so bad I am thinking to buy another copy of the same book.
PS: I have purchased a second copy of the same book at a discounted rate. This book is a gem. I still regret...
READ MORE

Great Book for every investor.

In this book Peter has explained in a simplest possible way, for common Man to create Wealth from Stock Market. Peter being a Legendary Fund Manager who consistently beat the Dow Jones Index for Eleven Years, does not believe in Big Broking Firms / Analyst's much, but he gives importance to what you see around you.
READ MORE