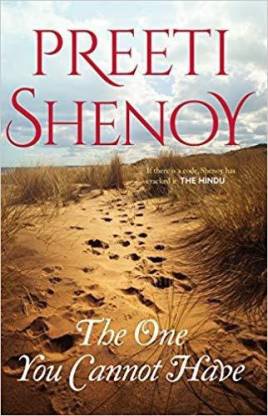 The One You Cannot Have (English, Paperback, Shenoy Preeti)

The One You Cannot Have  (English, Paperback, Shenoy Preeti)

The One You Cannot Have is a romance novel by Preeti Shenoy. The story of a man divided in his emotions for the girl who left him, and the new girl in his life.

Aman once thought he had found love. His relationship with Shruti could only be the substance of dreams. Yet the dream lay shattered when Shruti told him they were done. Distraught, Aman left India in hopes of drowning his love in his career. Shruti moved on, marrying Rishabh. Returning to India to start anew, Aman finds Anjali and discovers he is beginning to have feelings for her. But his heart still speaks to him of his feelings for Shruti, and the love he lost. A story of heart-wrenching unrequited love, complicated relationships and realization that love lost is forever and truly lost.

Preeti Shenoy is a best-selling Indian writer. She has written several other romance novels: Life Is What You Make It, 34 Bubblegums and Candies and Tea for Two and a Piece of Cake figure among her earliest works.

A Sociology graduate, she has since figured on the Forbes List of the 100 most influential celebrities of India in 2013. 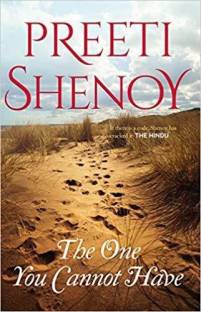 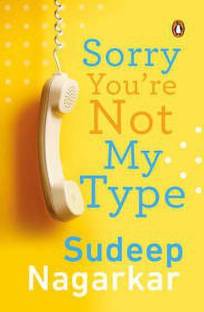 The one who can't write

I came across the book cause someone i knew had interviewed the author. I had to give it one star for the effort she has taken to write such a pathetic book. The author claims its written from a man's perspective. you dont even know the hell we go through. its just what you see on the outside, you need to walk into a man's shoes to write it. What happens in those 4 years is clearly unexplained. there is so much to look back, beyond the ridiculous ex box. its not even funny. its not just pictu...
READ MORE

Heart Warming Emotions spread all over the book

1) Emotions of Love
2) Sweetness of Memories
3) Frustrations of Separation
4) Agony of making Second Chance in Life
5) Depth of Misunderstanding
6) Support during Emergency
7) Trust in Friendship
8) Suspicion of In-Laws
9) Women rights to give child birth
10) Technology advancement in Finding a person from any part of world
11) Presence of Mind during Long Night Travel
12) Dress Sense of Attr...
READ MORE

The One You Cannot Have: The name says it all. The name itself was catchy and the fact being that this is Preeti Shenoy's Novel made me grab the book as soon as it arrived from pre-ordering and read it immediately. I took me 3 hours to finish this 275 pages of complete magic. Yes, indeed Preeti has created a magic. I cried with Shruti, laughed with Anjali, understood with Aman. This book has it all. It will look like as if a real life is running infront of you. No exaggerations in writing. Pr...
READ MORE

The One You Can Not Miss

This was due for a long while. Just saw your tweet which redirected here and after reading your blog, finally I'm posting some thoughts about 'The One You Cannot Have'.
I finished this book and had to let myself sit and think about it before writing this review, mainly because it stirred up so many emotions in me that I had to wait for them to settle before I could approach this. From the first page, the story draws you in and locks your mind on the feeling that everything is driven by a gre...
READ MORE

The One (novel) You Cannot (miss) Have (ing)

The novel is fabulous. I'm not sure if I found it so irresistible because the story almost narrates my own story so perfectly or if the story just tugs at your heartstrings. But in any case, it most certainly is one of the best Indian Romance Fictions I've read (and believe you me, I've read quite a few in this particular genre)

I'd definitely recommend anyone and everyone to read it. If you are reading this review, please go ahead and place an order. This is one of my two...
READ MORE

Shruti and Aman were in love and they fall apart as destiny had something else stored for them . Shruti gets married to Rishabh and Aman took almost 2 years to heal and later Anjali comes in Aman life as good friend . All four characters go through lots of emotional upswings moments . Like Love & friendshi...
READ MORE

The One You Could Have

Preeti Shenoy is kinda expert in writing about relationships and is best at expressing emotions. While reading her books you feel that something like this has happened to you at some point of your life. Well I don't know about you all but I do feel this way. Her last book "Life is what you make it" helped me to understand my friend's pain and agony and this book has helped me in a way to move on.
Those of you who have ever fallen in love would definitely love this book. It gives you hope tha...
READ MORE

I simply loved this book, from the beginning to the end. The heart breaking love story touches your very soul and moves you, the struggle to move on even after a major heartbreak motivates you. you can identify with all the characters in the book. Whether it is Shruthi who tries to strike a balance between work/ home, trying to be a rational wife, a dutiful daughter in law or Anjali who is in the throes of falling in love the very first time, both the characters have your understanding and sy...
READ MORE

Didn't read yet but looks interesting , and the service was good the flipkart boy was humble over all good staff
READ MORE

Nice book. Story is well framed and well written. A triangle love story involving a cute couple and their romance. A book worth trying. It won't disappoint much..!!!
READ MORE