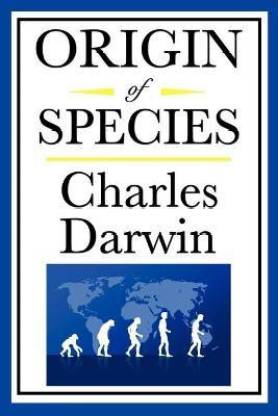 The Origins of Species is a revolutionary classic that transformed the scientific world through its concept of evolutionary biology. Charles Darwin explained the concepts of natural selection and ‘survival of the fittest’ in this book, and these concepts were vehemently opposed by scientists and religious groups during the book’s release. The Origin of Species is based on Darwin’s study and analysis on a diverse range of flora and fauna in South America. The book explains animal variation theory through natural selection, and the laws of nature. It also states the effect of geographical distribution on the process of evolution. The book is used as reference material for all subjects that are related to evolutionary biology. It is considered to be one of the most influential books on the natural sciences and was entirely sold out on the very first day of its release, in the year 1859. It mentions that all living species are the descendants of common ancestors and follow a branching pattern called natural selection. Darwin wrote the book in a very lucid and understandable manner, so that people from diverse backgrounds could read and understand it.

About The Author
Charles Darwin was born in the year 1809. Some of his popular books are The Descent of Man, The Power of Movement in Plants, The Expression of the Emotions in Man and Animals and The Voyage of the Beagle. Darwin developed his love for science during his term at the University of Cambridge. He died in the year 1882, and was given a ceremonial funeral at Westminster Abbey. He was buried near Sir Issac Newton and John Herschel.