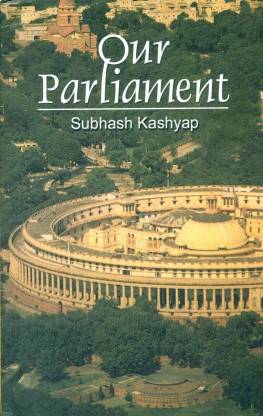 The book, Our Parliament, explains the hierarchy, functions, divisions, and many other factors of the Indian Parliament. The formation of the parliament was an historic event. So this book is more than just a guide that helps one figure out how the parliament works in India, it is a historical book.


The Rajya Sabha (Upper Government) is the state government, and the Lok Sabha (Lower Government) is the district government. These two together make the Indian Parliament. In the book, Our Parliament, all details about the Rajya Sabha and the Lok Sabha are explained for easy understanding. It also explains the hierarchy of both the houses, its functions, the number of seats available, the qualifications required to become a part of them, the different sessions they hold, the powers each carry, and so on.


The book consists of the names and period of service of the former members of the parliament. It also mentions the important government structures around India, and the process of election in the country. Kashyap talks about the rights and the freedoms held by the Indian citizens in Our Parliament. Overall, it is a summary of the entire Parliamentary procedures in India.


Subash Kashyap is the former Secretary General of the Lok Sabha. He completed his higher education in Allahabad and has also achieved a doctorate.


He commenced his career in Allahabad as a journalist first, then as an advocate and finally as a University professor before voluntarily retiring to get into politics. He served as the same in the 7th, 8th, and the 9th Lok Sabha. He is a popular political scientist and an expert in the Constitutional Law, the Indian Constitution, and the Parliament. Kashyap has published many books and research articles and papers. He was also awarded with the title of Honorary Order of the Academy of San Francisco for the service in their Constitutional Law. 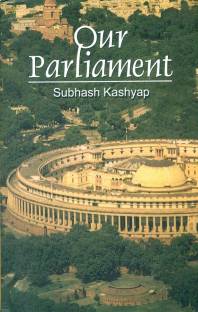 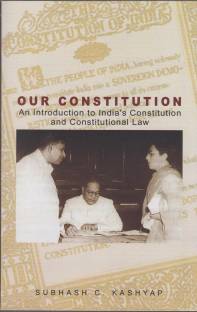 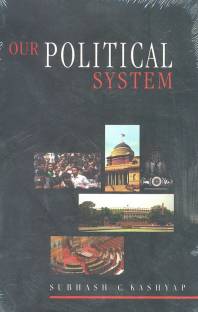 Your order processing and delivery speed is quite impressive. Kindly keep it up. I would like to recommend that increase your range of delivery toward much interior of country especially small towns. People are willing (happily) to pay even extra delivery charges for that.
READ MORE

this is a good book those who is preparing for civil service exam.you can get each and every detail how our parliment work different committe their working. last 50 years important discussion/session which effected political and social life of this country.this is good back support while preparing for Indian Polity portion of GS you will get indepth knowledge of our parliement no other book required. at the end of the page Chronology wise discussed the changes in parliment and important bill ...
READ MORE

I highly recommend this book for people who want to know how exactly our parliament works & also its history. This book has a real details about our parliament starting from its history to its infrastructure. This is a must and should book for aspirants preparing for Civils & other competitive exams.
READ MORE

Comprehensive and easy to understand. Nice language used in this book which reduces the efforts of hard understanding. It is good for starting study politics.
READ MORE

good book for civil services , complements well to dd basu and laxmikant in mains. also the book is short and sweet so not a task to read . language used by mr kashyap is quite good and free flowing, overall a good purchase and good material if studied after ncerts
READ MORE

1. Easy to understand .
2. Concept can be understood by any one , even layman.
3. Useful for public administration as well as polity.
4. one never gets bored


Request to flipkart:
1. need more offers (discounts)
2. some books are not available ,such subash kashyap's other book is limited to some area's

One can purchase this book without any regret ...
READ MORE

i am completely satisfied with this book which gave an immense knowledge about our parliament its features etc...., a good book for aspirants of upsc
READ MORE

Must for Civil Services preparations ..

It's a worthy book for all UPSC aspirants .. It gives the entire coverage about the historical pinning in building the Indian Parliament .. Subhash Kashyap sir has provided worth knowing facts ..!! Very informative and acknowledged with lucid language ..!!
Thanks for flipkart for their timely delivery ..
READ MORE

i got my book thank yu iam satisfied ,please continue like this for further orders .....
this book is really needed now and it is very useful
READ MORE

A very useful book for the people who want to know about Indian Parliament in a nutshell. The chapters are very lucid and comprehensive. It is a necessary requirement for those who are preparing for competitive examinations.
READ MORE

0
0
Permalink
Report Abuse
+
All 52 reviews
Have doubts regarding this product?
Safe and Secure Payments.Easy returns.100% Authentic products.
You might be interested in