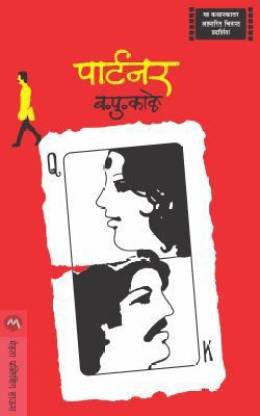 Written by V. P. Kale, Partner (Marathi) is a popular Marathi novel about a couple’s relationship, and offers relationship advice by the means of an interesting story.

Partner (Marathi) is a modern day novel based on the Hindu epic, Mahabharata, which was written by Maharishi Vyas. Partner (Marathi) portrays many things in common with respect to the epic, but is very different at the same time. The main characters are borrowed from the Mahabharata, but the context in which they are used is fresh and unique.

Shrinivas is from a middle class family and is employed at a medical shop. He falls in love with Kiran, who comes by the medical shop. Shrinivas has a friend who is affectionately called ‘Partner’, and their friendship is much closer than Shrinivas and his wife’s.

In Partner (Marathi) the characters are shown to be modern. Taking into account the present social scenarios, these characters are designed according to the human sciences of this generation. The characters in this book are not portrayed as heavenly beings. They are not attributed with any conventional divine powers. Instead, they are considered to be normal human beings, who possess some godlike characteristics.

The author of Partner (Marathi) has sketched each of these characters differently. They are recognized by personalities that are individualistic, giving equal importance to each character. The book has been considered truly unique in its perspective and sends out a strong message. This novel has been adapted into a Marathi film called Shree Partner.

V. P. Kale was one of the best Marathi writers. He worked as an architect, but he was more famous for his writings.

His writings are said to reflect the philosophies of Acharya Rajneesh.

V. P. Kale or Vasant Purushottam Kale, was popularly known as Va Pu. He was born in Maharashtra on 25th March in 1933. He wrote novels, short stories and biographical sketches. He passed away in Mumbai on 26th June in 2001, because of heart failure. 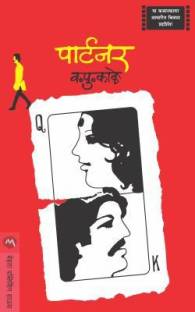 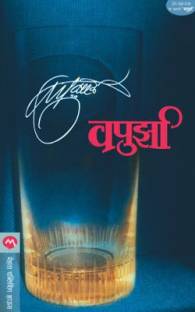 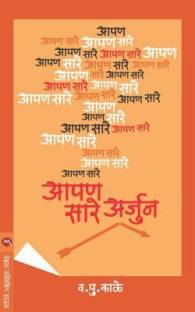 This is the best book to read.One of the best book by V.P.Kale.It depicts the relationships between Husband and wife. How it should be and shoukld not be.Partner is a famous Marathi novel written by V. P. Kale. The novel shares very noticeable similarities with the renowned epic Mahabharata, written by Maharishi Vyas. Though Partner is based on the main characters from the epic, the books are very different with regard to their contents and context. These characters are sketched in the light ...
READ MORE

This book ranks top on my list. I haven't come across a book which can be as best as this one. I finished this book in one go, couldn't leave this book aside.
The book is awesome combination of a life story with philosophy.
READ MORE

Is it a cut down version

Is it a cut down version of original book? I felt that it has only dialogues after dialogues in the book. I read original book long time back I remembered it was pretty big enough and there was story explained. I do not know why but while reading now I felt I am just reading dialogues. (Samvad)
+Ses
Very good stroy
-Ses
Lot of philosophy
Sad end
READ MORE

Life lesson given by vapu kale....😉🤞💯
Must read once.
READ MORE

Awsome Story by Vapu. Hats off!

Partner is such a nice story that while reading you can actually feel it. Really an amazing story! The language is so simple that even a non marathi person also can understand it easily. The book actually insisted me to watch the movie. I am gonna watch the movie 'SHREE PARTNER"
READ MORE

I really loved reading this book. I was extremely happy when I recieved my package and luckily everything was at its place. Nice page quality, book cover and font. I suggest the readers to read this amazing book by Va. Pu. Kale.
READ MORE