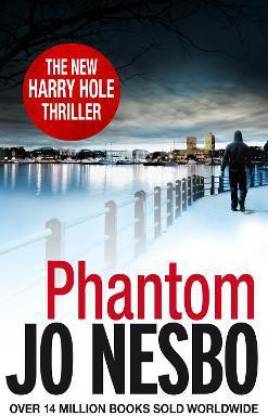 Phantom: A Harry Hole Thriller is the continuation of the Harry Hole series, with Harry trying to fight his way out of a new set of dangerous circumstances.

Harry Hole, a part of the Oslo police force, has had no end of trouble with criminals in Oslo and is forced to flee to Hong Kong. He hopes that the shadows of his past will leave him alone and that he can begin life afresh there. However, things begin to take a turn for the worse and Hole is forced to return to Oslo.

Hole almost loses his life in the previous book of the series, and so Phantom: A Harry Hole Thriller finds him having returned to Hong Kong for a spell of self-imposed exile. When in Hong Kong, he hears that the son of his girlfriend has been arrested for murder.

Oleg, the son of Hole’s lady love Rakel Fauke, has been convicted for the murder of his flatmate Gusto. Hole has become something of a father figure to the young Oleg and naturally comes to his aid. This edition of Phantom: A Harry Hole Thriller sees Hole returning to Norway to try and acquit Oleg.

It is not easy, however, as the Oslo police force does not want Hole back. This makes him take a line of his own, pursuing independent investigations. However, these investigations are hampered by the fact that the criminals in Oslo don’t want Hole back, either. He is being shadowed practically the moment he returns.

How does Hole keep ahead of the police and his criminal adversaries? Does he manage to get Oleg out of trouble, proving that he isn’t guilty? Phantom: A Harry Hole Thriller is a thriller that is fast-paced and gripping. This book has been translated from Norwegian by Don Bartlett.

Jo Nesbo is a crime novelist and musician.

Other books by Nesbo include The Snowman, Police, The Redbreast, The Bat, The Redeemer, Nemesis, The Leopard, The Devil’s Star, Headhunters and Bubble in the Bathtub.

Jo Nesbo was born in 1960 in Oslo, Norway. He has won the Glass Key Award for his novels. His books have been translated into over forty languages, and they have sold more than nine million copies as of 2013. Nesbo studied Economics and Business Administration in the Norwegian School of Economics, and was a freelance journalist and a stockbroker before turning to writing. He is also the songwriter and lead vocalist of a rock band called Di Derre. 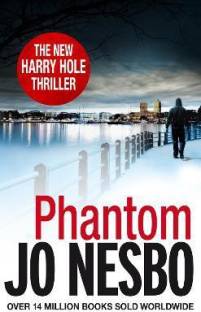 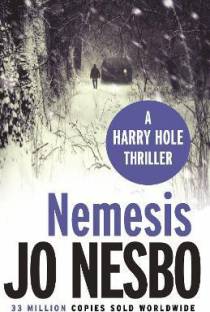 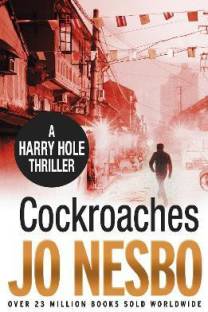 Jo Nesbo is one of my favourite crime writers simply because he goes way beyond the crime and criminals to explore the innermost (often complex) thoughts of his characters, their back stories and the societal framework that influence them. Detective Harry Hole has got to be one of the most complex and compelling characters of all time.

Phantom is Nesbo at his best. The bad guys have a strong point of view, the good guys have their weaknesses and shades of grey, often black and nothing is as...
READ MORE

Phantom by Jo Nesbo belong in the categories of Breaking Bad, The Girl with the Dragon Tattoo, Dexter etc and all the raw cult of the crime fictions....
It has a great blend of the suspense and super cop being tested by the Phantom.... Inspector Harry Hole is back from Bangkok to save the son of his beloved from a murder conviction, to find himself caught in one of the biggest Drug Nexus of Oslo...
Super Cop has a lot to deal with as he is no longer a cop but the guts and feelings remains the...
READ MORE