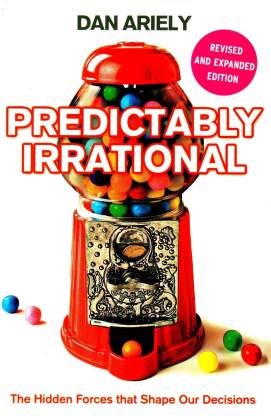 Predictably Irrational: The Hidden Forces That Shape Our Decisions, written by Dan Ariely, talks about how some patterns mess with the mind and force people into making irrational decisions, while assuming them to be completely rational.

Smart people are often seen taking unconventional ways and making irrational decisions. Predictably Irrational: The Hidden Forces That Shape Our Decisions takes readers on an intriguing ride which shows why we all make illogical decisions. The core of the subject is reached by explaining the strange behavior of people, whereas the reason for the same lies right in people’s minds.

The author in Predictably Irrational: The Hidden Forces That Shape Our Decisions, talks about how people assume that they are making intelligent decisions based on a rational thought process. Discussions on different modes of thinking are introduced in this book, against the traditional theory of rational choice. It explains how emotions, expectations and various other invisible factors play a big role in forcing us to overpay, procrastinate and underestimate.

The book provides a vivid description about the pattern people follow in repeating the same mistakes over and over systematically. Lots of scientific experiments are given, along with the findings from research, that support this school of thought.

Predictably Irrational consists of 15 chapters such as The Truth About Relativity, The Cost of Social Norms, The Power of Price, Keeping Doors Open, The Problem of Procrastination and Self-Control and The Fallacy of Supply and Demand. They aim at changing the way people interact with the world with respect to day-to-day actions.

Written by Dan Ariely, Predictably Irrational: The Hidden Forces That Shape Our Decisions was published in 2008. This book aims at making people observe their behavior and learn to avoid the mistakes gradually. The author makes use of anecdotes that are amusing in many situations. Everyday experiences are taken into consideration while explaining concepts, and these help readers relate to their routine and recognize the patterns.

Dan Ariely is an Israeli American author of bestselling novels and is a professor who teaches psychology and behavioral economics.

Dan Ariely has written other books such as The Upside of Irrationality: The Unexpected Benefits of Defying Logic at Work and at Home and The Honest Truth about Dishonesty: How We Lie to Everyone - Especially Ourselves.

Dan Ariely was born on April 29th, 1967, in New York City. He completed his Ph.D. in 1996 from the University of North Carolina in Cognitive Psychology. Furthermore, he received his second doctorate in 1998 from Duke University in Business Administration. He’s currently teaching at Duke University and founded The Center for Advanced Hindsight. He also co-founded BEworks. He has also published many articles in his field of study. He got married to Sumi, with whom he has two children. 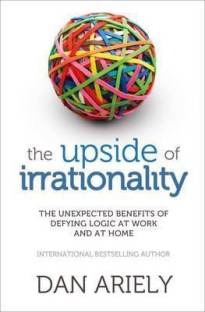 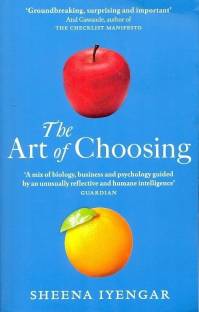 Every marketer should buy this book..

If you are into sales and marketing.. and wish to know why a person buys a particular stuff, then just grab this book.. It will make you a lot wiser!

If it comes to selling a product, then its always desirable to know which pricing model will be the best. But market research is not always accurate in helping us to make this decision.. It is always the irrational nature of the buyer which confuses the product creators and marketers. Although no one can ever predict precisely why a Product A i...
READ MORE

Really a awesome book, nicely written, psychological facts are excellently explained, it will provide you insights of how we compare and evaluate the things, overall wonderful work by author. Must read book !
READ MORE

Indian edition.
Fonts are legible.
Slightly yellowish (possibly recycled) paper.
Very handy & good-looking paperback ed.
The salient theories of the emerging field of Behavioural Economics (BE) have been put forth in crisp, lucid yet comprehensive manner with innumerable real-life instances / illustrations / experiments. Essentially for the interested layman. Quite thought-provoking at the same time as , at the end of a chapter, the reader finds a compelling urge to reconsider self-actions in...
READ MORE

If you want to explore 'why do humans behave the way they do', this is a must read for you! Dan Ariely has always been a favourite amongst all behaviorist because of the depth and 'rationality' in his work.
This book unveils so many trends, myths and the rational behind our decisions. We may think our decisions are coming from the logical mind, but it is intriguing to know about how you and your environment 'irrationally' deceive your mind to do what they have primed you for. There are insta...
READ MORE

As the title suggests, the book explores the irrationality in our everyday behaviour with astounding clarity and properly researched inferences. Recommended for readers with a flair and interest for books pertaining to human psychology and exploring the patterns of our day-to-day actions and thought-process.

As per Flipkart service,it was business as usual. Satisfying in its unassuming way.
READ MORE

A light-hearted banter on our decision making process

This book is an excellent book to start with if one wants to understand and go a little deeper into behavioral economics. It can be considered as a dissertation as it's dotted with factual information and experiments and yet it turns out to be an interesting read. One would not like to put this book down as it goes on discussing experiments after experiments and proving that, when we think of ourselves to be making smart decision, we are in actuality fooling ourselves.
READ MORE

Another fabulous book by Dan Ariely... Makes us think on the 'rational' and 'Irrational' versions of the decisions we take.... Also makes one ponder over the ways in which we humans behave.... I personally prefer not to read this NewYork Times Best seller in pdf form... I ordered it through Flipkart and thoroughly enjoyed reading it....
READ MORE

Read it to Change the way you think about thinking

There are very few works that can stake a claim to be able to change the very way that you look at things. This book is one of them. Written by one of the leading economists of the world, and still maintaining the lucidity and succinctness of popular books, this one's a must read.

5 stars, because I can not give more!
READ MORE

I absolutely loved reading right thru till the end. The series of experiments carried out by Dan Ariely and his colleagues are really commendable. All the hard work that has gone in is visible as you turn the pages.

Some experiments actually surprise you which makes you think how a human brain thinks and works. Loved reading this one.
READ MORE

The book exposes us to fallacies and pitfalls of human tendencies. As they say, knowing a problem is equal to half solution. Must read for all age group.
READ MORE